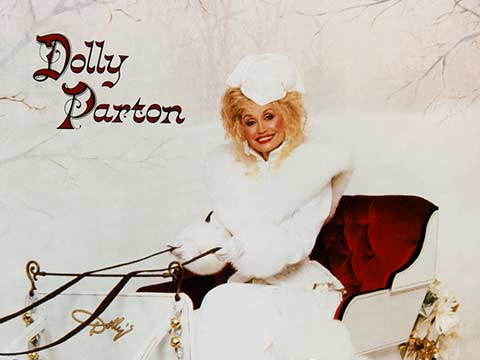 Dolly releases second holiday-themed album, ‘Home for Christmas’ along with a holiday movie on ABC of the same name

On Dec. 22, 1990, Dolly released her second holiday-themed album (and first full Christmas album), “Home for Christmas,” on the Columbia Nashville/Tristar label. The album’s release was timed to coincide with an ABC holiday television special of the same name.

“Home for Christmas” reached number 74 on the Billboard Top Album chart and was certified Gold by the Recording Industry Association of America.

Dolly wanted to bring a new twist to these classic songs,

“We used a lot of Appalachian instruments like the Dulcimer… and that gives a lot of the traditional songs a sweet and different feeling from what people are used to hearing.”