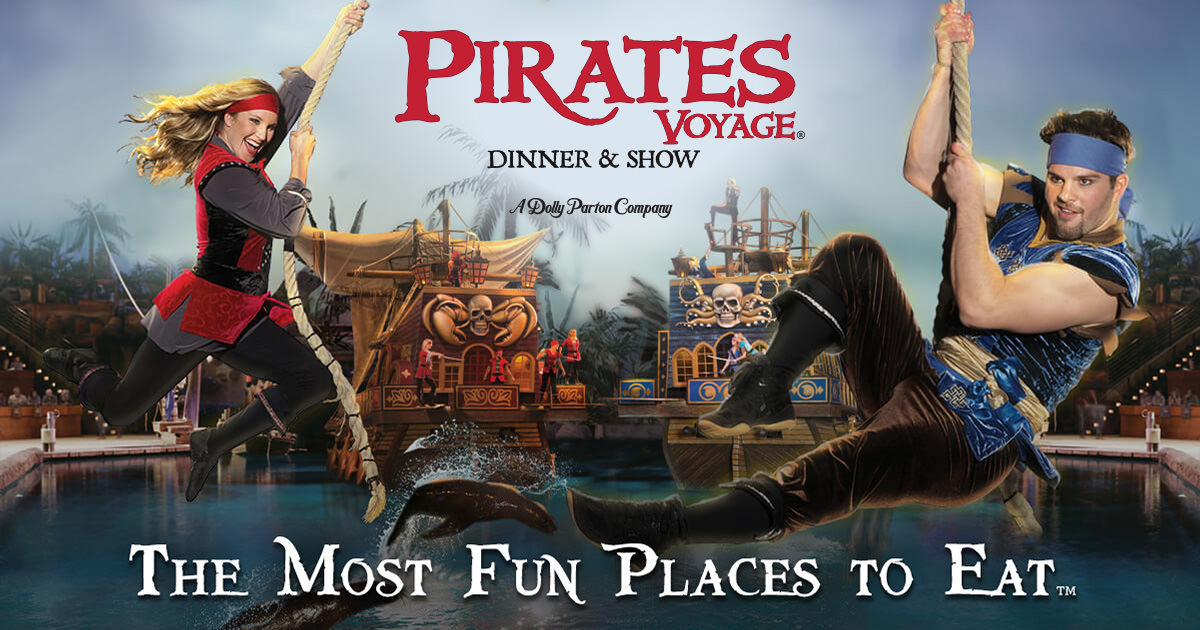 The Most Fun Places To Eat!™

After 18 successful seasons of her Dixie Stampede in Myrtle Beach, SC, Dolly and her creative team set out on a swashbuckling adventure to transform the entire property into a pirate-themed experience called Pirates Voyage Dinner & Show.

The show is based on the spirit of Blackbeard and his buccaneers sailing the coast of the Carolinas with the Crimson and Sapphire pirate crews battling for the bounty on two full size pirates ships docked in a 15ft deep indoor lagoon!

“I’m so excited about this new show,” Dolly said. “I think Pirates Voyage will take our guests breath away! The competition and action between the pirates is incredible.”

In addition to starring in the show as a mermaid, Dolly also collaborated with Mark Bryner to write the musical score!

“It was kind of like writing ‘9 to 5 The Musical.’ I had never done anything like that either. I love having a challenge.”

Conveniently located in Pigeon Forge, TN, adjacent to The Island and only minutes from Dollywood and Dolly Parton’s Stampede, landlubbers of all ages agree that Pirates Voyage Dinner & Show is an exciting, inspiring and swashbuckling experience for all hands on deck!