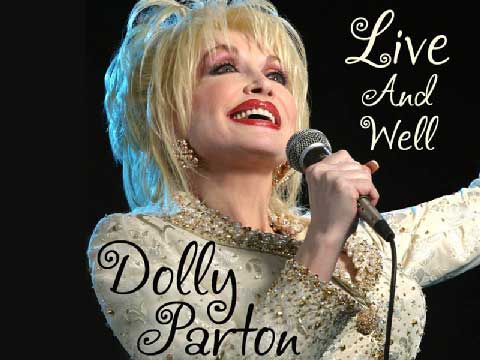 “Live and Well” features Dolly and her bluegrass band, the Blueniques performing songs from Dolly’s acclaimed bluegrass projects, “The Grass is Blue,” “Little Sparrow,” and “Halos & Horns.” The concert also includes many of Dolly’s hits such as “9 to 5,” “Jolene,” and “Coat of Many Colors.” The album was recorded during two concerts at Dollywood on, December 12-13, 2002. A live DVD of the same name was simultaneously released. “Live and Well” was released September 14, 2004 on the Sugar Hill imprint.

During the concert, Dolly plays a variety of instruments including guitar, harmonica, penny whistle and dulcimer. Both the album and the DVD include Dolly’s humorous antics with the crowd and her band.

“Live and Well” climbed to No. 22 on the U.S. Top Country Albums chart.

Latest posts by Team Dolly (see all)
Music 9 to 5, Albums, Bluegrass, Coat of Many Colors, Dollywood, I Will Always Love You, Jolene, Live and Well, Music, My Life
Share this post: