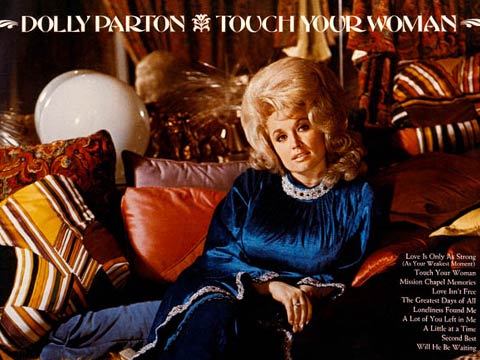 Dolly released her ninth solo album, ‘Touch Your Woman,’ in 1972. Most of the songs featured on the album were written by Dolly, along with a couple covers.

The title song, ‘Touch Your Woman,’ reached No. 6 on the U.S. Country Singles Charts in March 1972. It also earned a GRAMMY nomination for Best Female Country Vocal Performance.