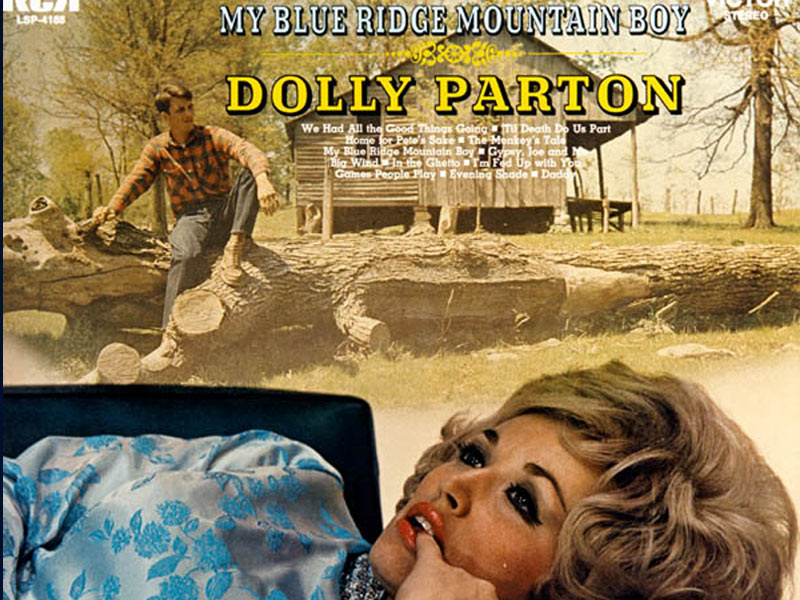 In September of 1969, Dolly released her fourth solo album, “My Blue Ridge Mountain Boy,” on the RCA Nashville label. The album contains some of Dolly’s most imaginative songwriting covering many serious themes. Dolly even reveals one of the first images of her husband, Carl Dean (look behind Dolly on the cover of the album).