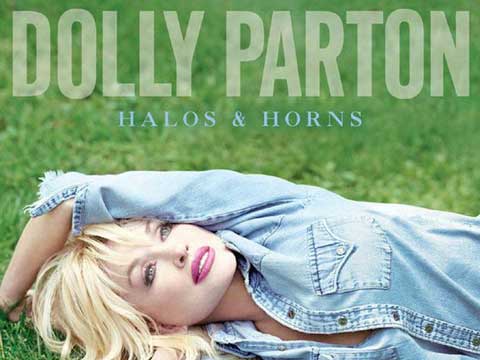 Dolly released her 37th studio album “Halos & Horns” in July 2002 on Sugar Hill Records, her third on that imprint. “Halos and Horns” is a continuation of the folk and bluegrass experimentation Dolly highlighted with her 1999 “The Grass is Blue” album and “Little Sparrow” in 2001.

The choice to close the album with a cover of the Led Zeppelin song “Stairway to Heaven” generated a great deal of press. Dolly responded by explaining her choice,

“I do songs that I just love. My husband has such an odd taste in music, and he loves Led Zeppelin. He’s been a “Led Head” from day one and also loves bluegrass and big-band music. “Stairway to Heaven” was always Carl’s favorite. It was kind of like “our song” because at romantic times or sweet times, we’d just be riding around in the car and if that would come on, Lord, he’d just knock us out of the car turning it up full blast.”

“Halos & Horns” reached No. 58 on the Billboard album chart and No. 4 on the Top Country Albums Chart. It also picked up three GRAMMY nominations. The album was nominated for Best Country Album. “Dagger Through The Heart” and “I’m Gone” earned Dolly back-to-back nominations for Best Female Country Vocal Performance.