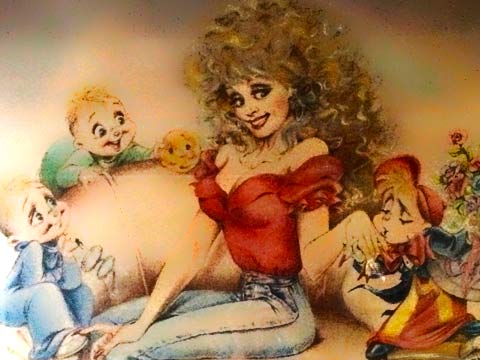 Dolly makes guest appearance on ‘Alvin and the Chipmunks’

Dolly appeared in the “Urban Chipmunk” episode of the animated television show, “Alvin and the Chipmunks.”  The episode originally aired on Nov. 5, 1983, and featured Alvin and the Chipmunks entering a singing contest to win a chance to sing with Dolly, who is Alvin’s favorite country singer. Unfortunately, the rules state that only contestants from Nashville, Tenn., can win. The Chipmunks win but aren’t from Nashville so hijinks ensue.

The series aired from 1983 to 1990 on NBC and was the follow-up to the original series “The Alvin Show” which aired in the early 1960s. The show revolved around the shenanigans of three chipmunk brothers named Alvin, Simon, and Theodore and their human adoptive father named David. Very popular among children, the show aired in syndication on multiple television networks.