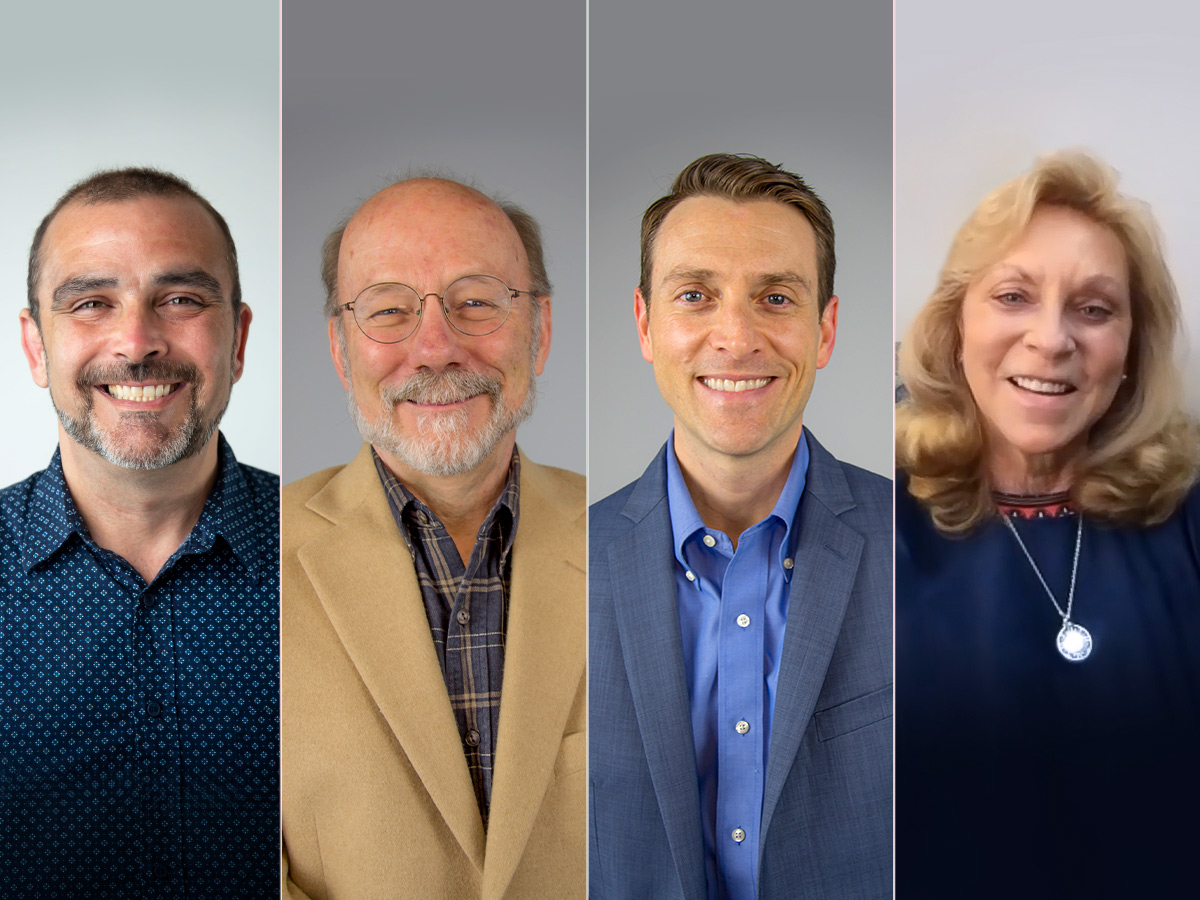 People behind-the-scenes of the Imagination Library share their passion for the program and its mission.

Who paves the way for Imagination Library books to arrive at a child’s home, on time? Who makes sure that each book is addressed properly to each individual child? Who reads every book to evaluate quality, age level and content? Who spends days, weeks, months fundraising to ensure books are free for all registered children? In these Front Porch interviews you’ll meet a few of the people who have worked hand-in-hand to grow the program and introduce it to new cities, states and countries. Our Managing Editor, Jacob Timmons, connects via video call with David Dotson, Jeff Conyers and Ann Staup to talk about some of the key milestones of Dolly Parton’s Imagination Library. They share funny stories, talk about the challenges and rewards and even share their own ideas for writing a children’s book.

David Dotson is the chief executive officer of the Dollywood Foundation, the nonprofit organization which houses the Imagination Library. David joined the Imagination Library team shortly after it launched. He led the initial replication efforts which grew the program. When it started, the Imagination Library mailed around 1600 books to children in Dolly’s home county in East Tennessee. When replication of the program was introduced more counties came on board followed by different states and eventually countries. In that effort, David worked closely with Jacob Timmons, who also happens to be president of S.D. Professionals, LLC, the company that created a fully-automated operation that streamlined the entire process for the Imagination Library program. In a recent Zoom call, David and Jacob talked about the early days of replicating the program in new areas.

In the interview, David is also quick to praise the unsung heroes of the Imagination Library. The people who “made our dream, their dream.” He said,

“There is always one, two, three, four people in an organization or in a community who are really the heroes, the unknown heroes…They are some of the most talented, most committed, most inspiring people in the world.”

The Joy Of Each Book

Jeff Conyers, brought on in 2011, is the President of the Dollywood Foundation and shares David and Jacob’s passion for growth and expansion. His devotion to the Imagination Library is unmistakable. The consummate champion for the program, Jeff is devoted to seeing each local affiliate succeed. He credits part of his enthusiasm to experiencing first-hand the benefits of monthly books arriving in the mail. Jeff said,

“I’ve had the opportunity to see it in my own family, right at home, and watch my kids grow up getting a book in the mail every month. Seeing them run up to me saying, ‘Hey, Daddy Daddy, will you read this book to me?’ And I know that’s happening in millions of homes all across the world right now because of the work that we get to come in and do every day.”

The actual mailing of the books is a critical part of the Imagination Library’s story. Jacob called up Ann Staup the owner of Direct Mail Services, Knoxville, TN, to talk about how the books move from a warehouse in East Tennessee to the doorsteps of millions of children. Her business is sometimes referred to as “the little company who could” because they made such incredible strides to facilitate the needs of the program. For Ann and her team, this work is more than a labor of love, it’s challenged her to adapt and grow in many ways that she could never have imagined. A mailing list that started at 1600 books in 1995 now increases each month and the current monthly total sitting at 1.7 million books! In the interview, Ann talks about the automated mailing process, her devoted team and milestones she has witnessed over the years. Ann said,

“It’s a passion to make sure we are doing everything we can to make sure this program grows, the way that Dolly wants it to grow.”

A new feature-length documentary spotlights Dolly Parton’s Imagination Library and the thousands of local affiliates around the world who help make Dolly’s dream come true. The Library That Dolly Built will premiere on Facebook worldwide on December 9, 2020, at 7 PM EST. Additionally, a European premiere is set for Thursday, December 10 at 7 PM GMT. The film will premiere in Australia on Friday, December 11 at 7 PM AEDT.