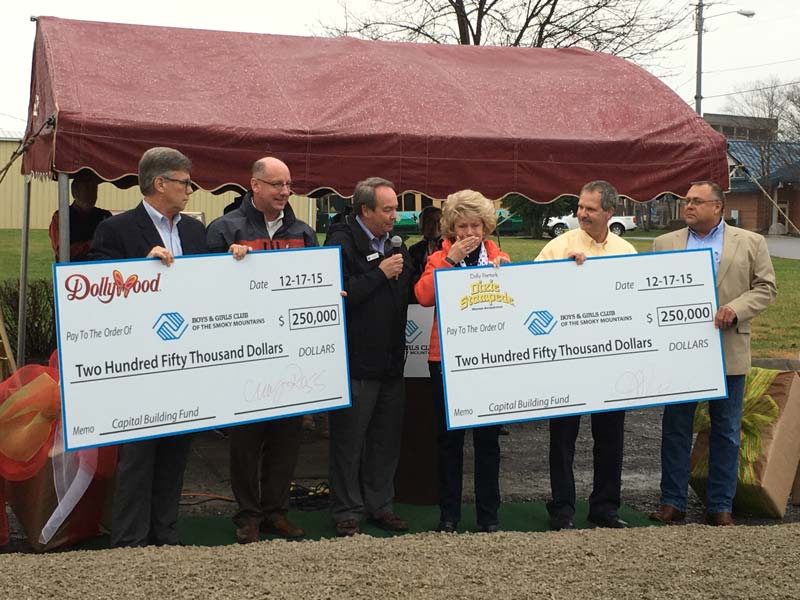 Dixie Stampede and The Dollywood Company each donated $250,000 toward the project during the groundbreaking ceremony for the new facility on Thursday afternoon.

The Boys & Girls Club of the Smoky Mountains has received an outpouring of support from the local community, but the donations from Dolly Parton’s Dixie Stampede and The Dollywood Company helped push the Club beyond its goal of raising $2 million for the new facility.

“The Boys & Girls Club is an amazing example of an organization which makes a profound impact on the community it serves. This donation is to benefit an organization that provides wonderful services to our hosts’ families and is integral to the quality of life here in Pigeon Forge.”