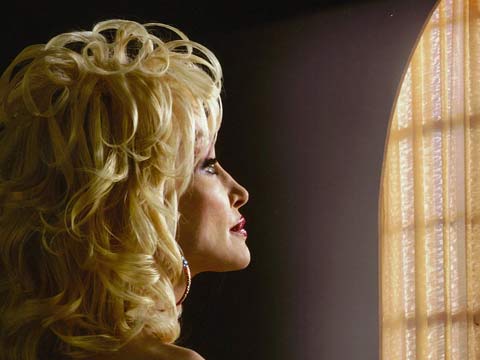 ‘When I Get Where I’m Going’ – Duet with Brad Paisley

Dolly contributed vocal harmony to the 2005 Brad Paisley song ‘When I Get Where I’m Going,’ written by George Teren and Rivers Rutherford.

The touching music video features individuals with photographs of their loved ones. It won Video of the Year at the Academy of Country Music (ACM) awards and the song won Vocal Event of the Year.

Dolly wrote a letter to the songwriters,

“I want to thank you and congratulate you for one of the greatest songs that I have ever heard and certainly one of the best songs that I’ve had the good fortune to sing on in my whole career. I hear nothing but great comments on it. I just lost a dear friend, and they played it at his funeral. It was his favorite song ever. But all of my living friends love it, too… I truly am as proud to have been a part of that [song] as anything I’ve ever done in my whole life.”

Paisley also chose the collaboration with Dolly, based on the recent loss of his aunt to cancer,

“Her voice is angelic and that takes it to a more spiritual realm instantly… and my aunt loved her and thought she was great.”