Joining the list of artists appearing at Dollywood’s Showcase of Stars is Tennessee’s own, The Band Perry

Dollywood hosts The Band Perry in concert as part of the Showcase of Stars concert series benefiting Dolly Parton’s Imagination Library. One of the most dynamic acts in music today, the sibling trio proved to be a powerful new force when they delivered their platinum self-titled debut: “The Band Perry,” which offered up five hit singles, including the quintuple-platinum chart-topper “If I Die Young.”

In recent years, the band has earned multiple awards from The Academy of Country Music, The Country Music Association, CMT Music Awards and The American Country Awards including a 2014 ACM award for Vocal Group of the Year. This is the first time the group from nearby Greeneville, Tennessee has performed at Dollywood.

Dolly Parton announced the return of Dollywood’s popular Showcase of Stars concert series in March as part of the award-winning park’s 30th anniversary season. Parton, whose last benefit concert at Dollywood was in 2005, kicked off the series with four sold-out concerts Aug. 8-9 at D.P.’s Celebrity Theater, and raised $500,000 in the process.

Showcase of Stars offers guests the experience of great performances in an intimate setting, while allowing them to simultaneously support a worthy cause. Dollywood season passholders have the first opportunity to purchase tickets to the show. Passholders will receive an email with an exclusive link to purchase. Any remaining tickets will be made available to the general public at a later date.

Dolly Parton’s Imagination Library is a book gifting program administered through the Dollywood Foundation which provides an age-appropriate book each month to children from birth to age five in participating communities. To date, the Imagination Library has provided more than 71 million books in the United States, Canada, the United Kingdom and Australia. 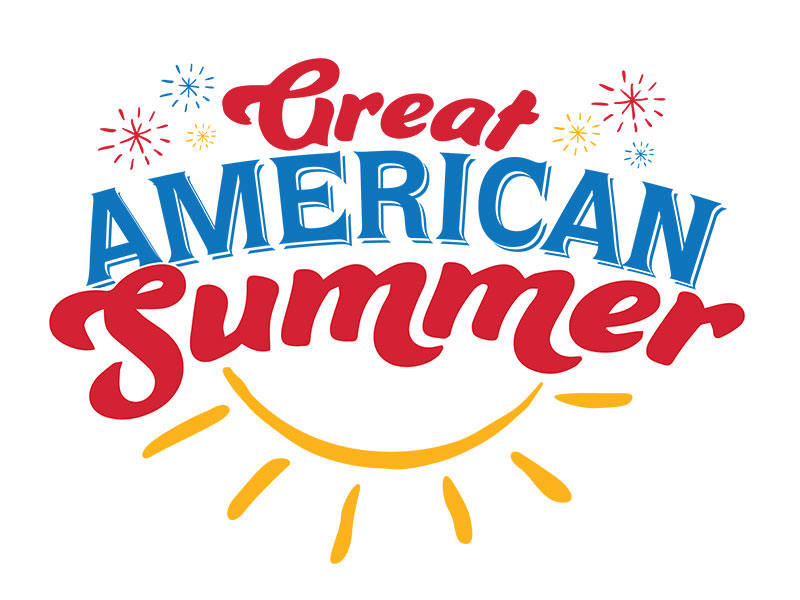 Dollywood celebrates 30 years of the world’s best entertainment with the debut of two dance parties and an interactive new show. The new production features a number of America’s chart-topping songs. The Little Engine Playhouse features two new children’s stories, “Betty Bunny Didn’t Do It” and “Old Bear and His Cub.” Both shows are based on books of the same name from Dolly Parton’s Imagination Library book selection list.

“Dolly’s Nights of Many Colors” has been reimagined to feature popular music from the last 30 years. Another guest favorite, “The Gazillion Bubbles Show,” moves to D.P.’s Celebrity Theater. The new location offers an even larger space to fill with the fantastic bubble-making spectacle. Extended park operating hours—10 a.m. to 10 p.m. daily— give guests more time to create the perfect summer getaway.

Dolly announces the return of the Showcase of Stars concert series

For the first time in a decade, the Showcase of Stars brings some of the biggest names in entertainment to Dollywood. Dolly, whose last benefit concert at the park was in 2005, kicks off the series with four concerts August 8 and 9 at D.P.’s Celebrity Theater, a venue which provides the perfect atmosphere for fans to enjoy this stellar concert schedule. Performers include Parton herself, as well Kenny Rogers and a few other special friends. The concert series takes place in August and September. 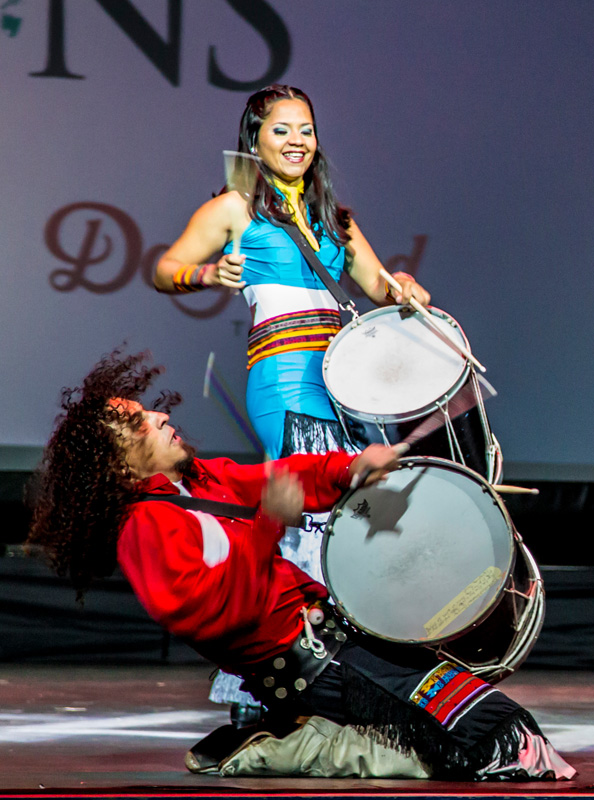 At the annual media event, Dolly shared the big announcement of her new website along with more exciting things coming to Dollywood during the park’s 30th season. When the floor was opened up for questions, longtime fan and administrator of Dollymania.net, Duane Gordon asked Dolly about the online countdown that had been counting down for the past several weeks on DollyParton.com. Dolly explained the historical nature of the site and how it brings all her favorite things together. She said,

In addition to the new DollyParton.com announcement, the event featured new things coming to Dollywood, including the return of a summer concert series to benefit the Imagination Library. The goal is to raise $1 million for the global book gifting organization. Dolly will open the series with four performances on August 8-9. Kenny Rogers will close the series and more artists will be announced at a later date. 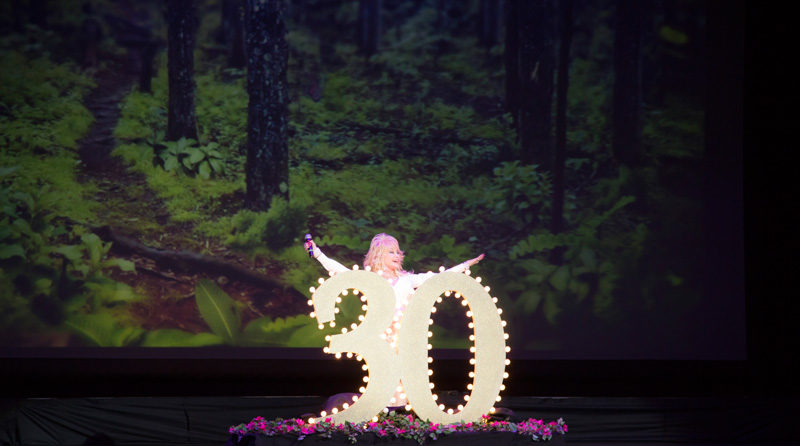 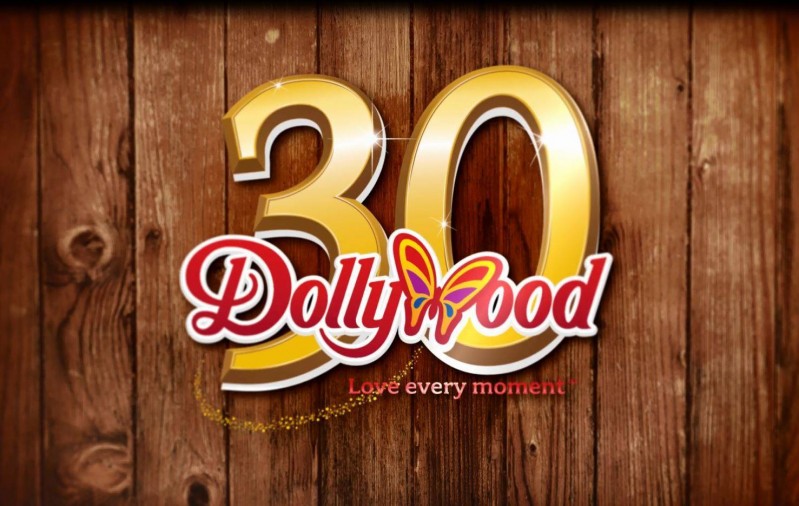 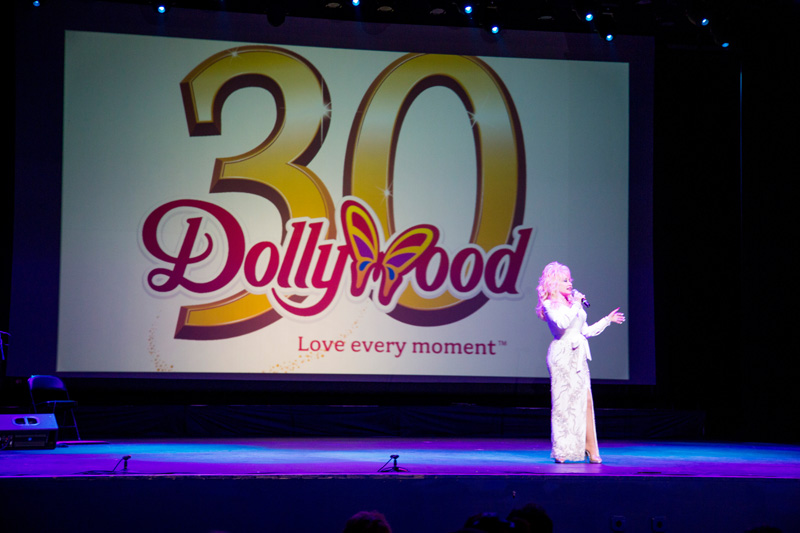 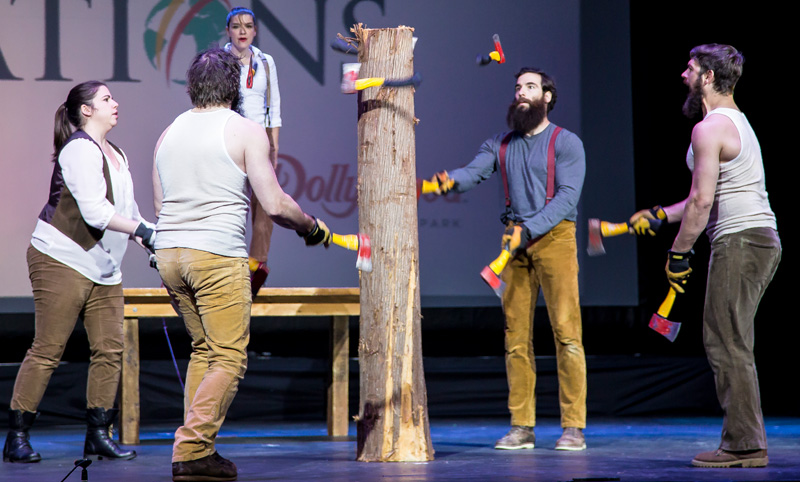 Dolly updated fans on her new production company, Dixie Pixie Productions. She said her new NBC movie series will begin with a Christmas movie based on her song, “Coat of Many Colors.” The television movie is set to air Christmas of 2015.

The legendary entertainer fielded questions about the opening of Dollywood’s DreamMore Resort set for later this year. The resort will offer more ways for families to enjoy Dollywood and the Great Smoky Mountains.

Several performers from Dollywood’s Festival of Nations were showcased at the event. The GRAMMY award-winning Mariachi Divas opened, followed by the Invaders Steel Orchestra who wowed the crowd with a version of Dolly’s “9 to 5.” 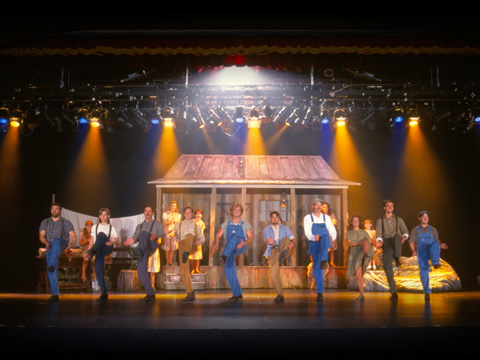 The story of Dolly’s success hits the stage at Dollywood in a new show called ‘Paradise Road: The Life and Songs of Dolly Parton’

Dollywood celebrated Dolly’s story in 1998 with the addition of “Paradise Road: The Life and Songs of Dolly Parton.” The major Broadway-style show chronicled the superstar’s amazing career. Dolly lent her life story and her songs to a young Janelle Arthur as she played little Dolly. The production was showcased in Celebrity Theater.

The Dollywood Company‘Paradise Road: The Life and Songs of Dolly Parton’04.25.1998