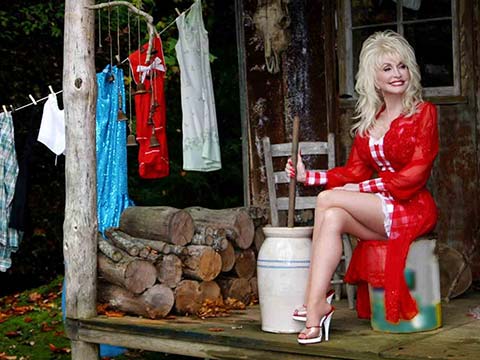 “Better Get to Livin'” is the first single released from Dolly’s album, “Backwoods Barbie”

The song is about her optimistic nature and philosophy of life. Billboard noted that the single, “reveals the timeless entertainer to be more sage philosopher than country kewpie.”

Dolly was encouraged to use herself as a muse for the song,

“I co-wrote this song with my co-producer, bandleader, and guitarist Kent Wells. Kent is the one who said that I should write a song about my attitude as so many people are always asking what my secret to success and happiness is. So I thought “that is a good idea” and I flew right into it. Kent kept feeding me ideas and threw in a line here and there. This is what came out of that. We had a lot of fun writing it.”