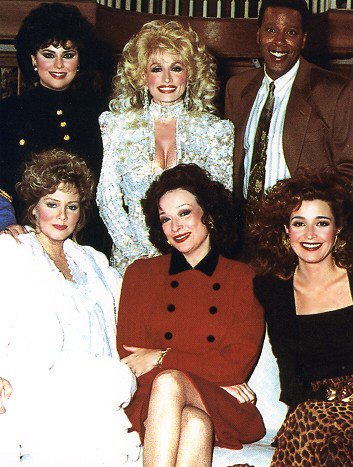 Dolly appeared on the hit CBS show “Designing Women” in a special one-hour episode which aired on Jan. 1, 1990.  “The First Day of the Last Decade of the Entire 20th Century” centered around the birth of character Charlene’s (Jean Smart) baby Olivia. 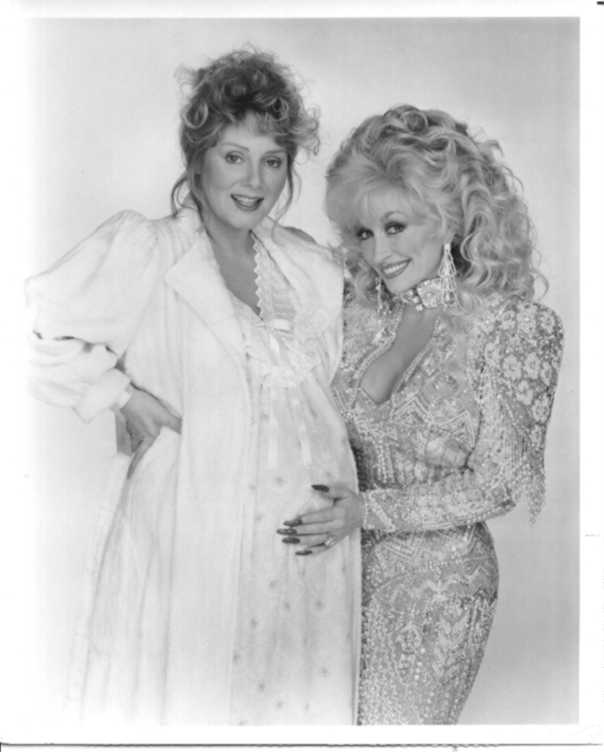 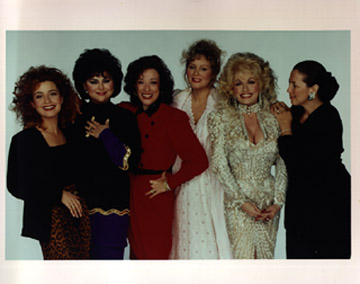 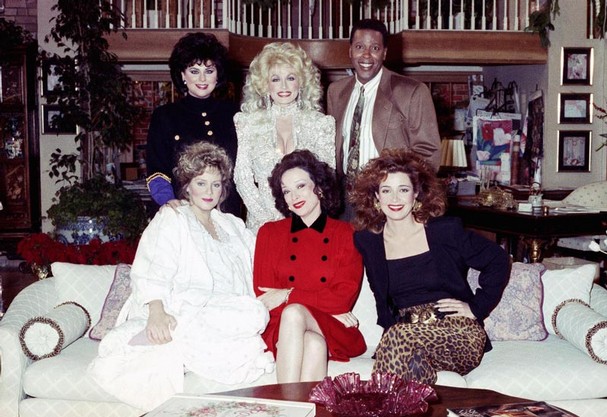 Dolly came to Charlene in a dream in which she is Charlene’s “guardian movie star” and reassures her about the baby and how the members of Charlene’s family who passed on will be there in spirit to see the child grow up. Later in the episode, Dolly, as a spirit, shows up again, and sings “Somewhere Out There,” just as an elderly person in the hospital passes away and baby Olivia is born. The episode was nominated for several awards including an Emmy.