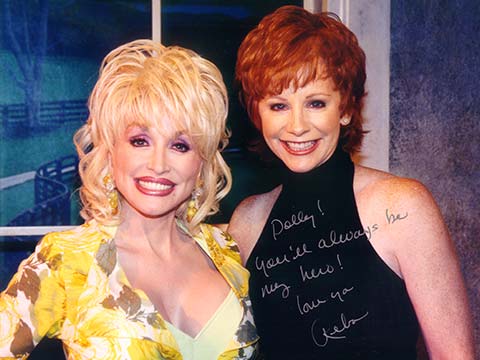 When invited to be on the show, Dolly only had one request of her friend,

“I said I want to have my high heels and tight clothes… Don’t you put me in no cowboy boots. Don’t take off my big hair.”

The guest appearance came during a conversation between the friends,

“It’s been a while since I’ve done any TV things… This was special for me. I’ve been trying to do Reba’s show ever since she started. We struck up that conversation, got the show all together. They picked a good little character for me, and off we went.”