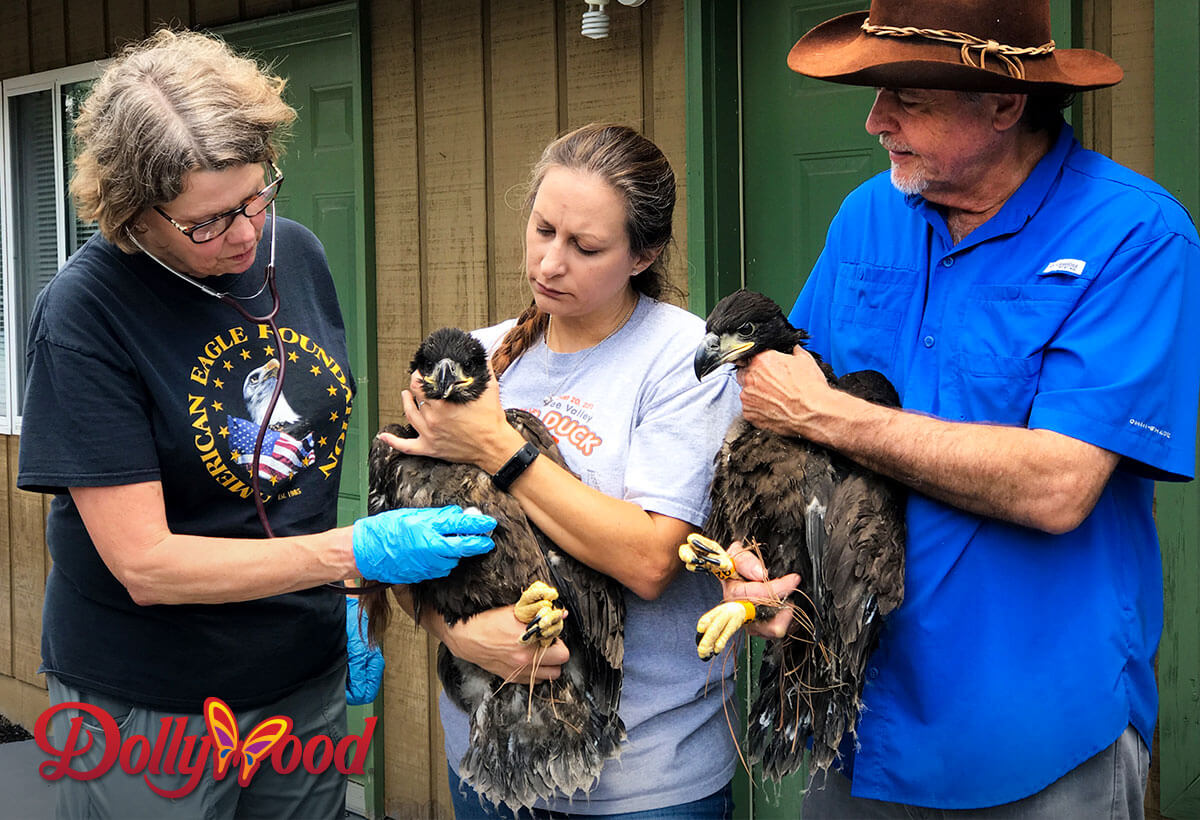 Two eaglets born in the Eagle Mountain Sanctuary at Dollywood this season will graduate to the Hack Tower on Douglas Lake.

The American Eagle Foundation (AEF) says bald eagles Eleanor and Roosevelt became first-time parents seven weeks ago. Both showed remarkable skills as they learned to care for their eaglets, and ER2 and ER3. The eaglets grew strong and healthy under their care.

On May 30, 2017, with great care, the eaglets received a physical examination. Afterward, they were taken to the AEF Hack Tower overlooking Douglas Lake. At approximately 13 weeks of age, they will be released into the Great Smoky Mountains.

At the Hack Tower, they will be together inside their new 8’ x 8’ x 8’ nesting compartment. There they will acclimate to their new home surrounded by trees in the natural lake setting. A few years after their release, it’s possible, they could return with a mate to raise babies of their own.

While in this lake setting, the eaglets will not come into contact with humans. AEF caregivers will be there, unknown to the eaglets each day. They will provide fresh food and water (through sliding drawers) and make sure the eaglets are doing well.

The AEF’s hacking program has resulted in the release of 150 young bald eagles and 12 golden eagles from 1992 through 2016.

Plan a visit to Dollywood and see Eagle Mountain Sanctuary

About Eagle Mountain Sanctuary at Dollywood

In July 1990, Dolly Parton announced the construction of a major eagle complex at Dollywood. The five-part complex includes Eagle Mountain Sanctuary, the country’s largest living showcase of American bald eagles; the Wings of America theater, featuring a birds of prey show; the neighboring Birds of Prey viewing facility added in 2008 which showcases raptors from the show; and an eagle breeding and rehabilitation facility which includes an eagle medical clinic and nursery that is not open to the public. Eagle Mountain Sanctuary and the Wings of America theater have entertained and educated Dollywood visitors since its April 1991 debut. As a matter of fact, one of the most often asked questions of Dollywood guests upon entering the park is, “Where are the eagles?”

The eagle complex is a cooperative effort between Dollywood and the AEF, a non-profit organization with permits from the U.S. Fish & Wildlife Service and the Tennessee Wildlife Resources Agency to possess, care for, exhibit, rehabilitate and breed birds of prey. 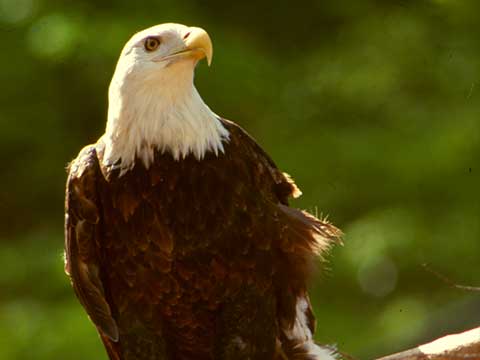 Dolly and Dollywood partnered with the American Eagle Foundation to bring the Eagle Mountain Sanctuary to Dollywood. The 1.5 million-cubic-foot naturally landscaped outdoor aviary provides a home to the world’s largest presentation of “non-releasable” bald eagles.

Also included in this expansion was the Wings of America theatre built next door to the sanctuary. It featured the Birds of Prey Show. Dolly and Dollywood are both proud to host the sanctuary and these amazing birds.

The 400-seat Valley Theatre also opened new in 1991. Located in Craftsman’s Valley, it provided yet another stage to showcase the incredible entertainment available to Dollywood guests.