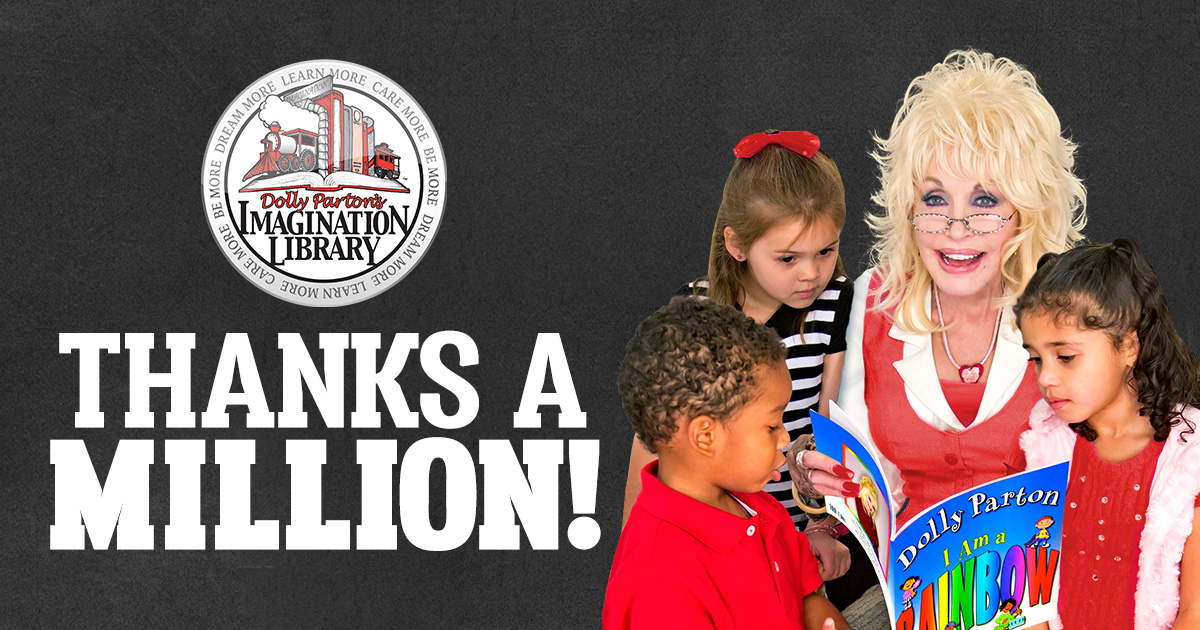 It’s a milestone moment for Dolly Parton’s Imagination Library which now has over one million Facebook followers!

Dolly Parton’s Imagination Library has reached another major milestone! Over one million Facebook users are now following the free book gifting organization on the social media site. Thanks to the loyal support of those one million people over five billion Facebook users have been reached within the past 90 days. This exponential reach has given the program record-breaking enrollments and the popularity has peaked the interest of thousands of potential new partners around the world. Dolly said,

“Thanks to each and every one of you for supporting my Imagination Library. With more than a million friends, we can make the world a better place for millions of children, one page at a time!”

Dolly Parton’s Imagination Library now sends over one million free books per month to children around the world. To date, the organization has sent more than 85 million free, age-appropriate books to registered children.