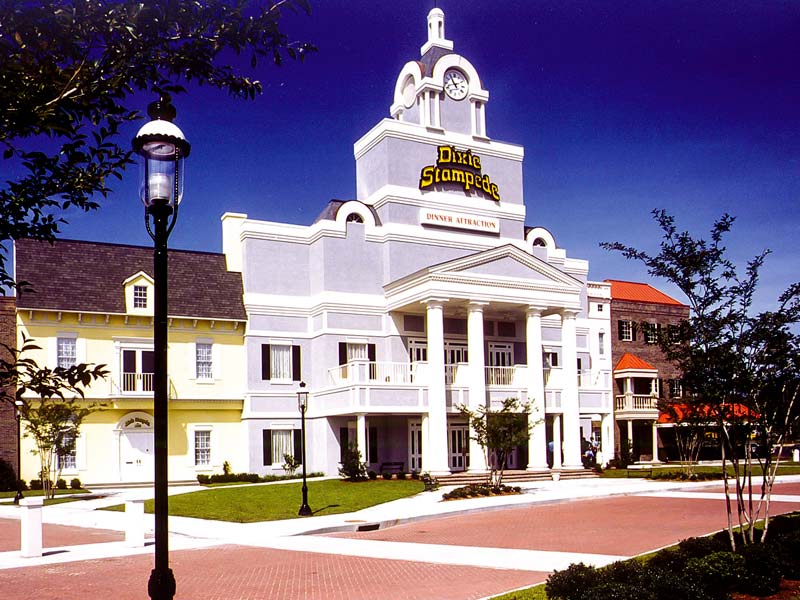 In November 1991, Dolly announced official plans to bring her one-of-a-kind show, the Dixie Stampede, to Myrtle Beach, SC. With construction beginning just before Thanksgiving (1991), the $13 million project was slated to open in July of the following year.

Official plans included building the new  Dixie Stampede off U.S 17, with the Carolina Opry right beside it. Both buildings were designed by the same architectural firm to have a Charleston Victorian theme.

To ease the concerns of nearby residents, the developers working for Dixie Stampede and the Carolina Opry, designed the property to have a minimal traffic impact. With entrances from both nearby highways and long drives before the parking areas, developers hoped to move guests onto the site quickly and efficiently.

With only eight months before the grand opening, there was a lot of work to be done. Excitement was already building for Dixie Stampede in Myrtle Beach, SC.