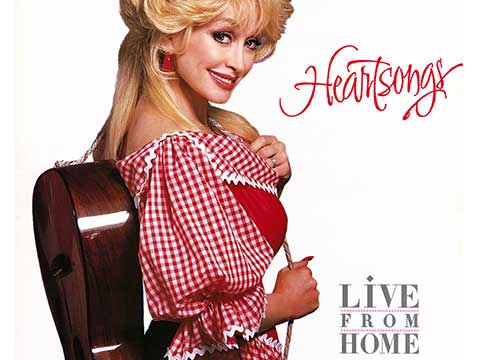 Dolly released a live album, “Heartsongs: Live From Home“ (recorded at Dollywood) on Sept. 27, 1994, on the Columbia Nashville/Tristar recording label. It reached number 87 on the Billboard Top 200 albums and number 16 on the Top Country Albums charts.

“Heartsongs: Live From Home” spoke of Dolly’s desire to share her roots with her fans and celebrates the rich musical heritage of the Smoky Mountains. In an interview right before she recorded the album Dolly said,

“It’s about my life and my roots and my growing up days… It’s about the connection between the Scottish music, the Irish music, the English music, and the Welsh music that has been brought over to the Smoky Mountains that I grew up singing.”

The original song “To Daddy” was a first-time recording for Dolly but had been released in an earlier version by Emmylou Harris.

The song “Heartsong” was brought to life in Dollywood’s Heartsong “naturound” multi-sensory theatre of the same name. The recorded presentation features Dolly singing and narrating a Smoky Mountain adventure filmed in the park and at Dolly’s childhood home in East Tennessee. Dolly was so impressed with the finished theatre, that she said,

The Heartsong Theatre experience is a production of Jack Rouse Associates. 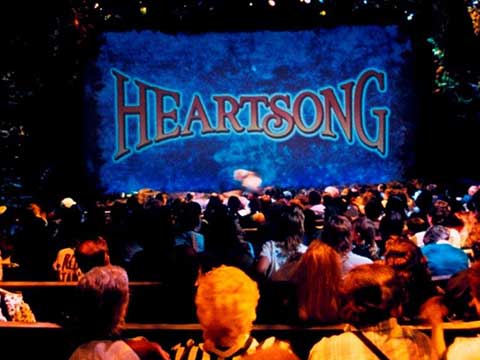 “Heartsong,” a film narrated by Dolly, debuted in the Heartsong Theatre, in 1994. It conveys Dolly’s fond memories and feelings for the Smoky Mountains. The film features the powerful story of her original song, “Heartsong.” It was filmed in the park and at Dolly’s childhood home in East Tennessee. Dolly was so impressed with the finished theatre, that she said,

The Heartsong Theatre experience is a production of Jack Rouse Associates. It incorporates 70 mm film and specially created animation. The audience is wowed by a unique outdoor sensory experiences through the theatrical lighting and special effects, including the new, “nature round” sound.