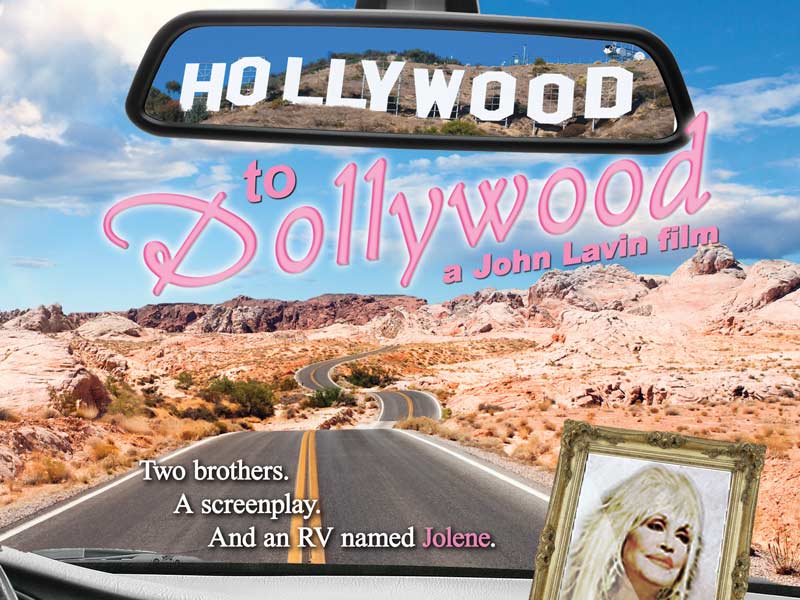 Dolly appears as herself and contributes several songs to the 2011 film, “Hollywood to Dollywood”

“Hollywood to Dollywood” is a 2011 documentary about identical twins who travel across the U.S. to deliver Dolly a script for a movie called “Full Circle” which they wrote and includes a part for her. One of the movie’s central themes is the twins’, both of whom are gay and Southern, concern about how the film will be received back home. The twins travel from Los Angeles to Dollywood and eventually meet Dolly and present her the script after dealing with tornadoes and floods on their journey.

Dolly commented on “Hollywood To Dollywood,”

“The movie is a documentary about these twin boys. They’re gay and their parents kind of turned them out, and they did come to Dollywood. I did meet them, and I allowed them to use some of my songs. They’re sweet, sweet, precious boys, and the fact that I was an inspiration and someone they kind of leaned on. You never know how God works to help people. We’re all God’s children no matter what. So there was a lot of love and understanding and I think they felt that.”

Directed by John Lavin, the film played at 60 festivals between 2011 and 2012, winning 24 awards, including several for best documentary. “Hollywood to Dollywood.”

Lavin said of the movie’s themes and Dolly’s participation,

“…as we traveled, more and more references to the ‘Wizard of Oz’ seemed to magically occur, culminating with Dolly as Glinda the Good Witch and the Wizard rolled into one. If there is an overarching theme of the film, it’s courage: the courage the guys had in taking the trip and making the doc; the courage to be oneself that Dolly seems to inspire in everyone we met; and the courage the guys have to live their lives honestly.”

In addition to many Dolly classics like “Jolene” and “I Will Always Love You,” the documentary includes two previously unreleased songs, “The Sky is Not the Limit” and “Celebrate the Dreamer in You.” The twins financed the movie’s musical royalties with their winnings on the TV game show “Wipeout.”

“I have a lot of gay fans because they know that I just accept people as they are. That’s not my place to judge. I ain’t God, and I ain’t runnin’ for office. But I was proud to be part of that. It makes you feel good.”

Songs in “Hollywood to Dollywood:”

All songs written and performed by Dolly Parton