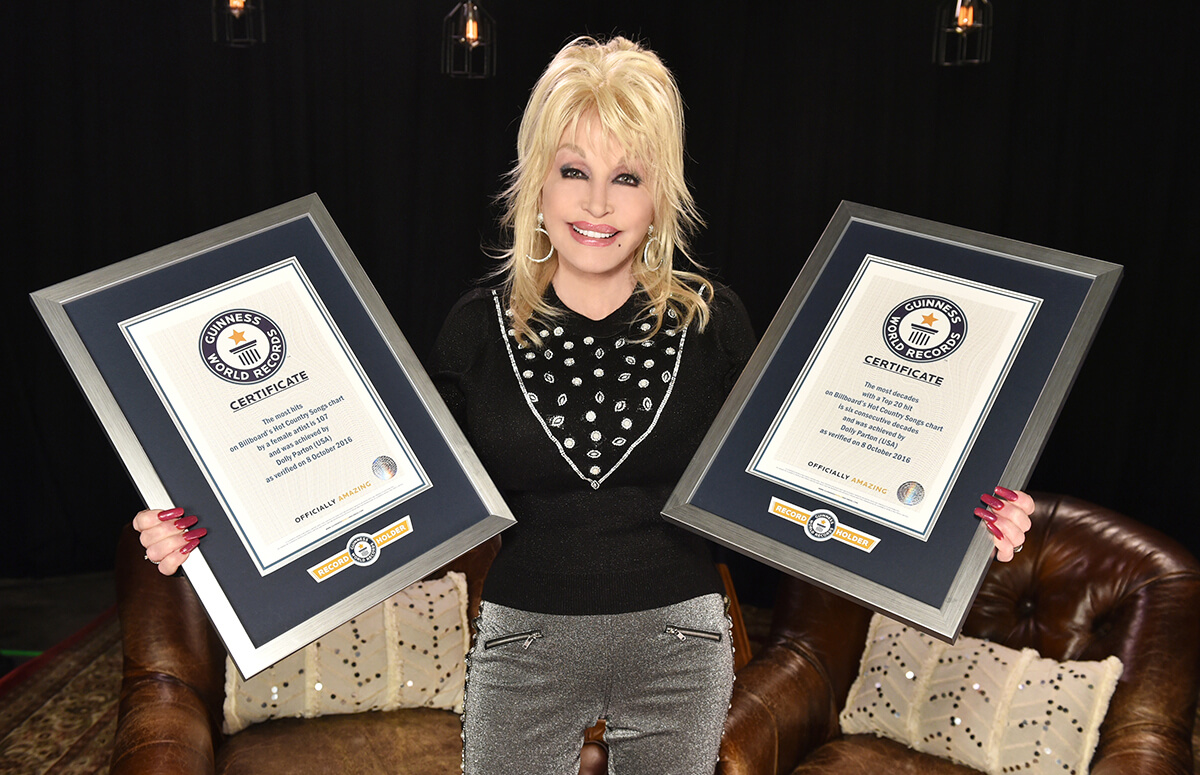 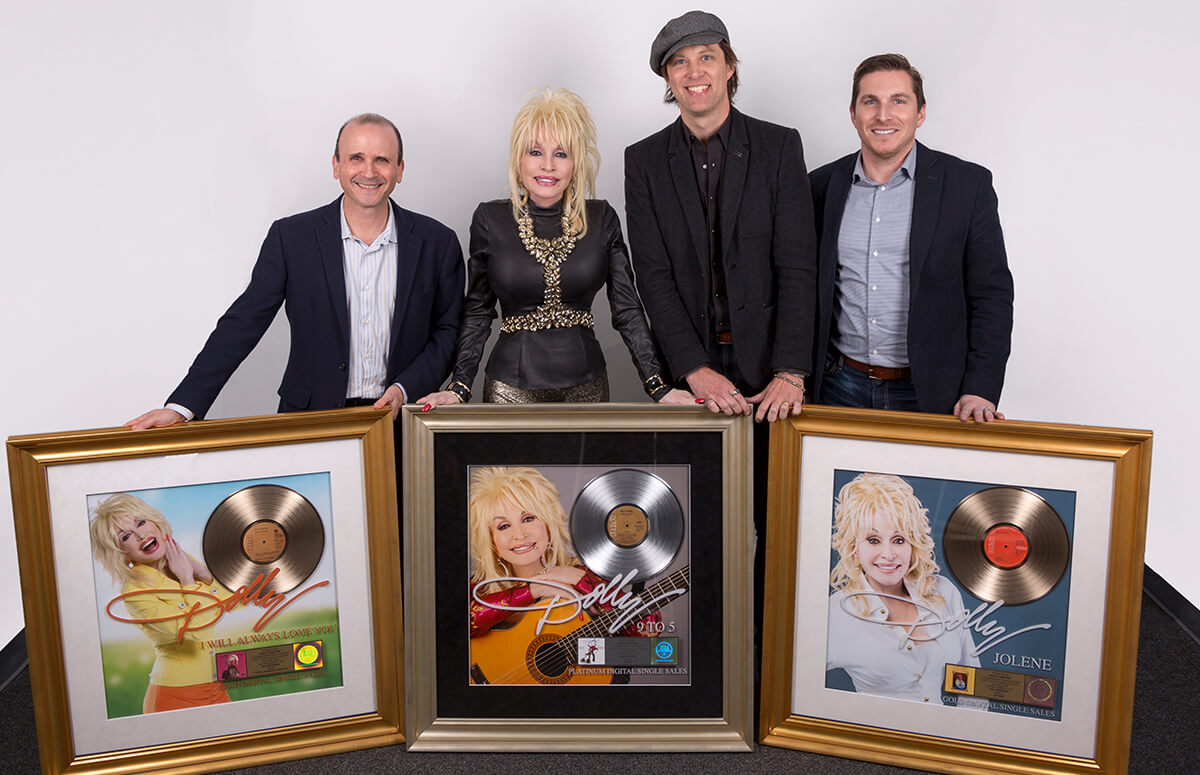 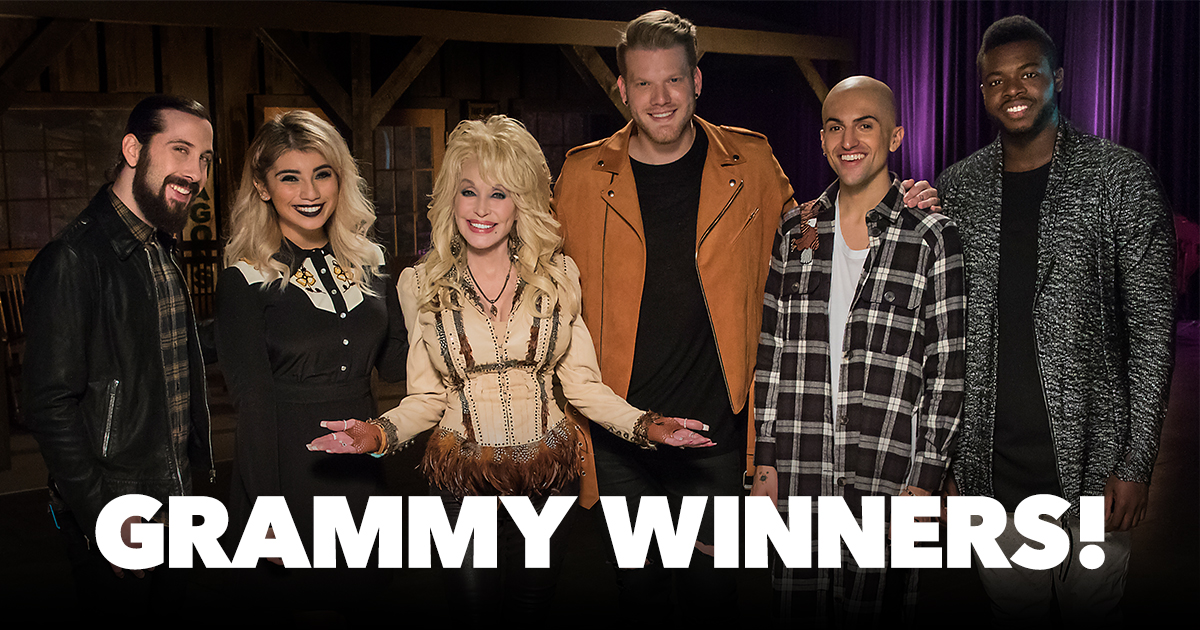 Dolly Parton is taking everyone’s favorite red-headed vixen back to the GRAMMYS!

Dolly Parton will return to the GRAMMYS thanks to a collaboration with the award-winning a cappella group, Pentatonix and her timeless hit, “Jolene.”

Dolly sang her way to two GRAMMY nominations back in 1974 and 1975 both for Best Female Country Vocal Performance with “Jolene,” first with the album followed by a live performance the next year. Since then, the song has enticed countless artists to cover the tune including Olivia Newton John, Norah Jones, Alison Krauss, Kelly Clarkson, (Dolly’s goddaughter) Miley Cyrus and The White Stripes.

While other artists enjoy singing it and have created beautiful versions of their own, “Jolene” the song, unlike the starring character within it, has been faithful to its creator. An international audience of over 180,000 fans gathered at the Glastonbury Festival in 2014 and sang along to “Jolene” during the record-setting appearance. The event staff even prepared a choreographed dance for the song.

The GRAMMY-nominated Pentatonix recording of “Jolene” features Dolly’s angelic vocals. Before receiving the nomination for Best Country Duo/Group Performance it debuted at No. 18 on the Hot Country Songs chart making Dolly the first and only artist with top 20 hits on Hot Country Songs in the ’60s, ’70s, ’80s, ’90s, ’00s & ’10s.

Dolly’s most recent nomination was back in 2013 when she and long-time friend and duet partner Kenny Rogers received a GRAMMY nomination for Best Country Duo/Group Performance with “You Can’t Make Old Friends.” She has a total of seven GRAMMY wins and in 2011 she was honored with a GRAMMY Lifetime Achievement Award.

Michael MartinDolly and “Jolene” Return To The GRAMMYS02.10.2017

Dolly Parton’s collaboration with Pentatonix has earned a 2017 Grammy nomination!

The recording was a beautiful version of what has become one of Dolly’s most recorded songs. Not only was the new version well received by critics and fans alike, but it has also garnered a 2017 Grammy nomination for Best Country Duo / Group Performance.

The nod brings Dolly’s total Grammy Award nominations to 47. Will it become her eighth overall win? Time will tell on Feb. 12, 2017, when the 59th Annual Grammy Awards air live on CBS.

Pentatonix performed “Jolene” with Jennifer Nettles at the CMT tribute to Dolly when she received the Willie Nelson Lifetime Achievement Award in November. They later joined Miley Cyrus on “The Voice” for another televised performance of “Jolene.”