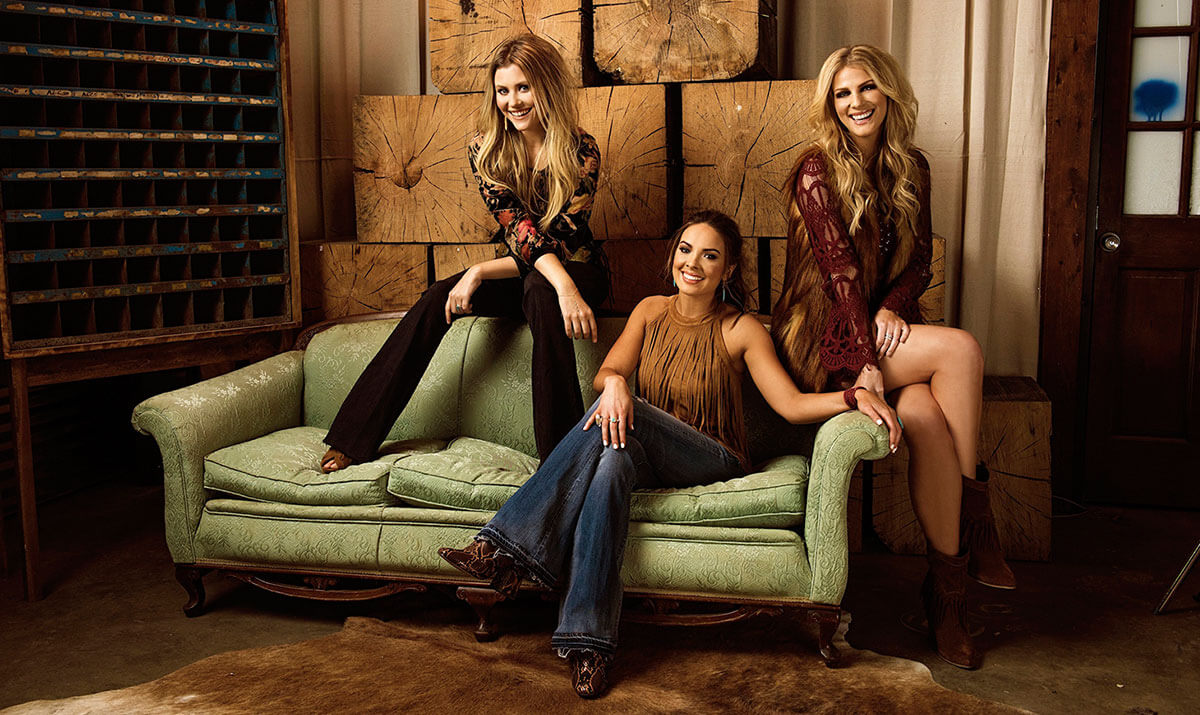 Dollywood teams up with WIVK for New Faces of Country concert series this summer!

A number of performance careers have launched from the stages of Dollywood. Now, the New Faces of Country concert series will introduce more up-and-coming country artists to park guests.

Dollywood is partnering with Knoxville-based country radio station WIVK. The park will host several concerts throughout the summer. The artists appearing will surely be tearing up the charts in the near future.

On Saturday, July 1, Runaway June kicks off the concert series with a performance at 5 p.m. This rootsy group combines bluegrass traditions with dusty, desert cool and infuses Western influences in their music. The group includes Jennifer Wayne, a granddaughter of John Wayne, and Hannah Mulholland, both native Californians. The third member of the group, Naomi Cooke, hails from Nashville, TN. Wayne co-wrote Eric Paslay’s recent top-20 hit, “She Don’t Love You.”

The concert series continues on Saturday, July 8 with Shreveport, Louisiana’s Jordan Davis. Davis comes from a musical family and applies his unique classic country songwriting skills with today’s current sound for a show that will have Dollywood guests singing along. He graduated from Louisiana State University with a major in resource conservation, but with dreams of Music City in his head, he moved to Nashville to pursue his dreams. This concert is slated for 7 p.m. on July 8.

Former Dollywood performer Carly Pearce also takes to the stage in July. While her show date will be announced at a later time, she returns to her roots at the award-winning park. When she was 19, Pearce moved to Nashville where she quickly earned a reputation as a songwriter to keep an eye on. The Taylor Mill, Kentucky, musician recently earned a contract with Big Machine Records which released her single “Every Little Thing” to country radio in February. The single is currently about to break into the Billboard Country Top-20.

Georgia’s Seth Ennis visits Dollywood on Saturday, Aug. 5 to share his unique country sound with park guests. His music is inspired by his hero Vince Gill, the pop-punk bands he toured with on the Vans Warped Tour and from R&B superstars like Usher. Because his early years were spent on an American military base in Japan, his world experiences have helped him create a diverse and cultured style. For his debut single, “Woke Up in Nashville,” Ennis played every instrument, including guitars, bass, drums and piano. He even sang his own background vocals. Ennis’ concert takes place at 7 p.m. on Aug. 5.

Year of the Family Continues

Dollywood guests continue to enjoy the “Year of the Family” with exciting festivals, new attractions and special events designed to help them create lifelong memories. The New Faces of Country concert series takes place during summer at Dollywood. Until Aug. 6, Dollywood park hours are extended until 10 p.m. each evening to give families more time together. On July 1 and 8, the park remains open until midnight for the first time ever. Nightly fireworks shows and the “unbubbleievable” tricks of The Gazillion Bubbles Show ensure guests have plenty of entertainment for a full day of fun. Add Dollywood’s newest attractions, Drop Line and Whistle Punk Chaser, and summer at Dollywood can’t be beat!