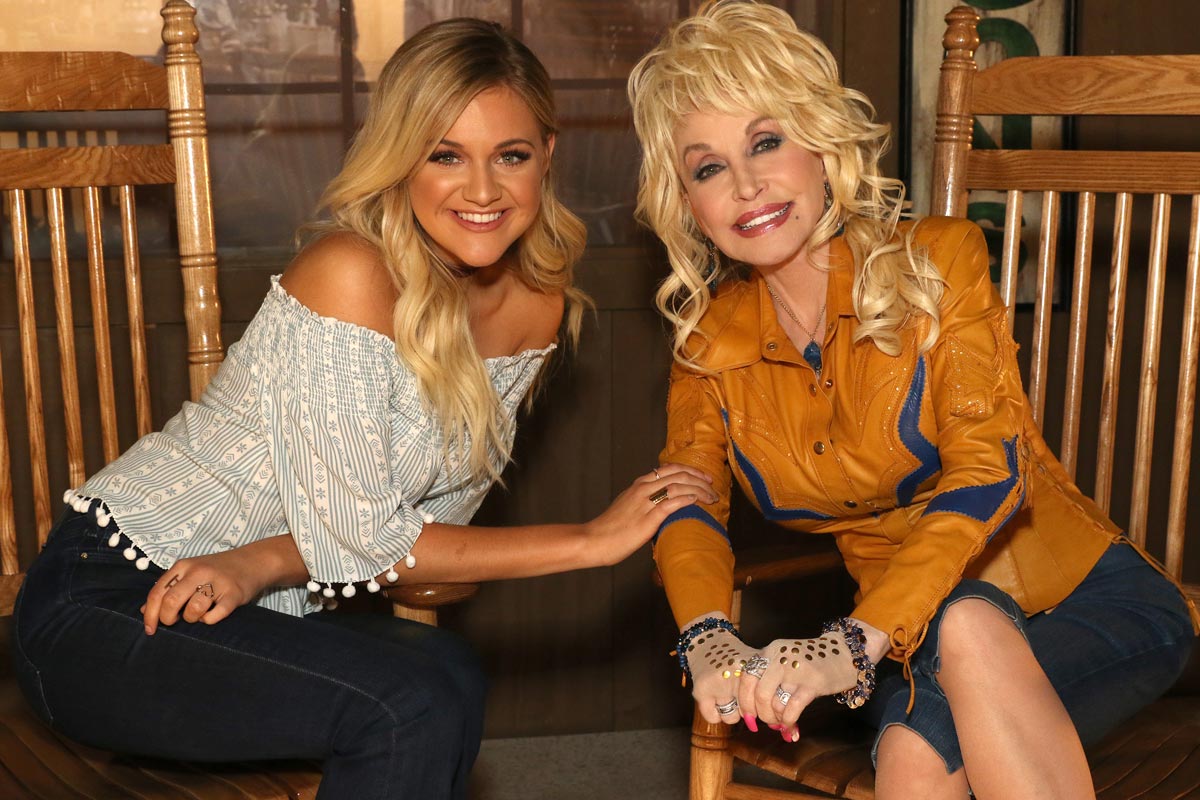 These two East Tennessee girls talked about home, songwriting and musical influences on Cracker Barrel’s Front Porch Series. On the subject of early influences, Dolly shared a story about how impressed she was watching some early performances by a family group known as The Maddox Brothers and Rose.

Kelsea managed to spark one of Dolly’s classy comebacks when she asked Dolly how she plays guitar with her long nails. Dolly responded,

Dolly and Kelsea put their knowledge of country songs to the test when they played “Real or Fake”?

Crowned New Female Vocalist of the Year at the 51st ACM Awards, Kelsea Ballerini is blazing her own trail to superstardom. She’s the first solo female artist in 15 years to hit #1 with her first two country singles and one of only 11 women to have ever hit the top of the charts with a debut.