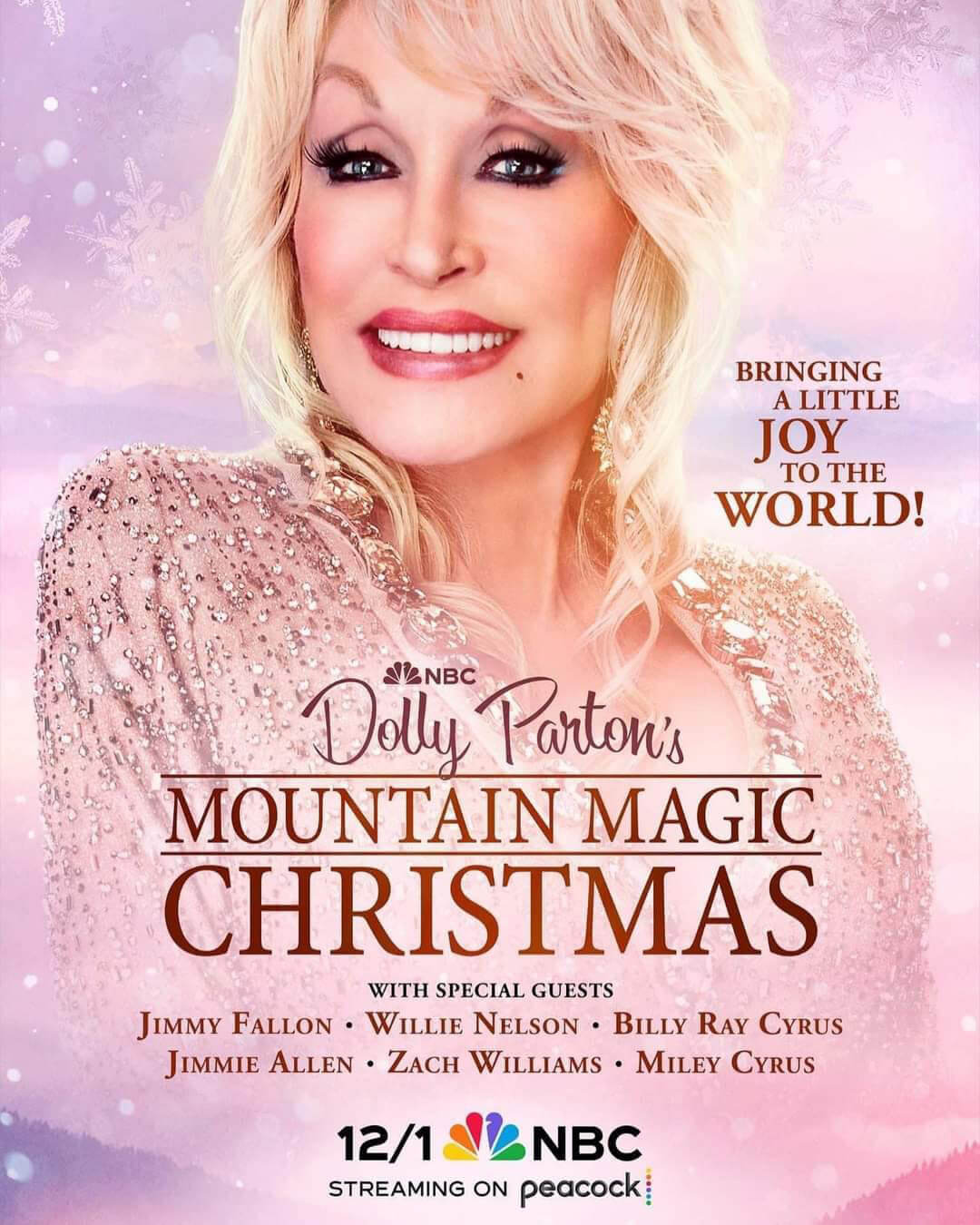 With musical numbers choreographed by the Emmy Award-winning Kathryn Burns alongside assistant choreographer David Hull, the new film is filled with songs that capture the spirit of Christmas and the importance of gathering with family during the holidays, including a pair of Dolly’s iconic songs (“9 to 5” and “I Will Always Love You”) as well as a new holiday melody produced just for the film.

A modern-day movie musical about the making of a network TV special, “Dolly Parton’s Mountain Magic Christmas” is the frenetic backstage story and delightful on-camera results of Dolly’s desire to uplift an exhausted world’s spirits by sharing the unique mountain magic she has always found in and around Dollywood at Christmas. Throughout the movie’s production numbers and rehearsal chaos, Dolly finds herself taking a private journey into her past, guided by the mysterious appearances of her personal Three Wise Mountain Men. When it’s time for her big special to air, a renewed and inspired Dolly goes rogue and shows the world that the real magic of Christmas lies in the hearts of the children we all once were, the realization that Christmas is about the people we share it with, and how her faith remains the common thread between Christmases past, present, and future.