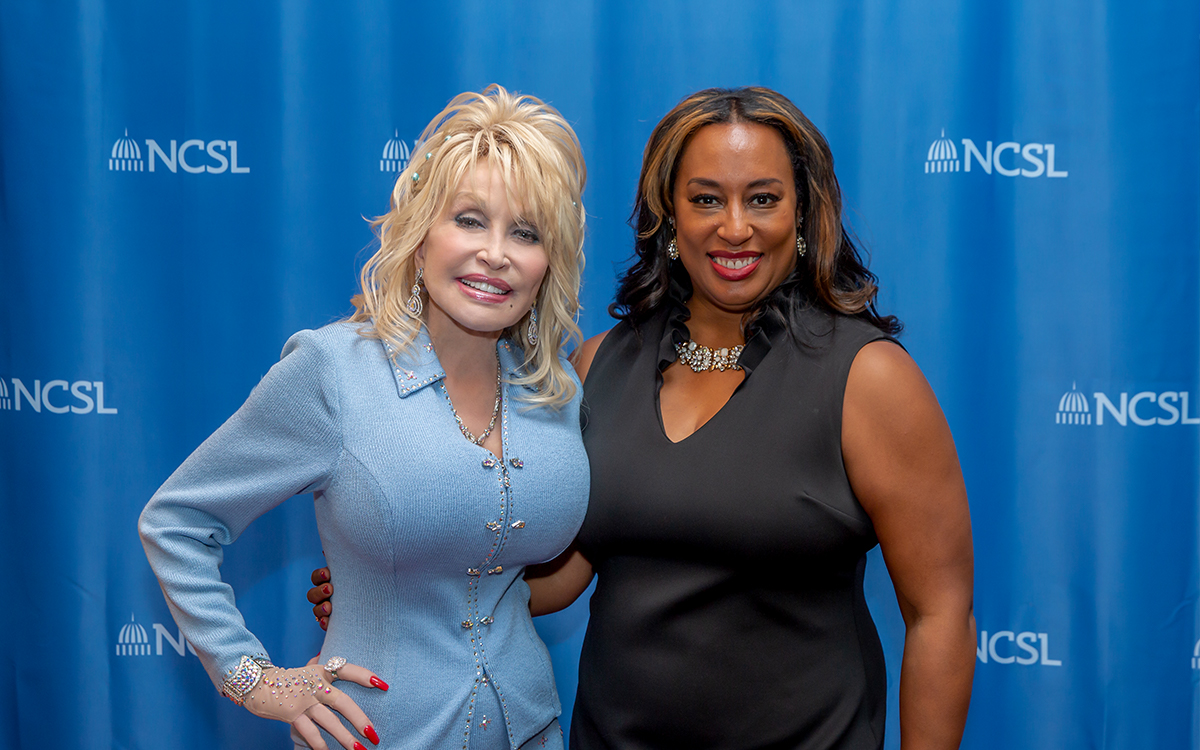 Dolly addresses over 4,000 US lawmakers and legislative leaders at the annual conference

Dolly Parton appeared as a keynote speaker at the National Conference of State Legislatures (NCSL) 2019 Legislative Summit, held August 5-8 in Nashville, TN. The annual bipartisan conference aims to provide states “support, ideas, connections and a strong voice on Capitol Hill,” and Dolly took the stage to talk about literacy and her Imagination Library program.

During a Q&A segment with Tennessee Governor Bill Lee, Dolly shared how her father’s inability to read or write inspired her to launch the Imagination Library, which mails one free book each month to children from birth to age five in participating communities. What started in 1995 as a program in her hometown of Sevier County, TN, Dolly Parton’s Imagination Library now spans five countries and mails over 1.4 million free books each month to children around the world.

The Imagination Library relies on local partners to secure funding for the program, and in 2004, the state of Tennessee became the first to pass legislation supporting a statewide rollout of the program. During their on-stage discussion, Gov. Lee emphasized the scientifically-proven benefits of reading to your child, while Dolly encouraged all of the legislative leaders in attendance to adopt the Imagination Library as a statewide program so that “all children in our country will have access to books.”

“We’d like all the states to go statewide with it,” she said. “It’s not just for poor kids, but for all kids, for every child who signs up.”

Representing the Tennessee General Assembly, Lt. Gov. Randy McNally and House Speaker-select Cameron Sexton appeared on stage to present Dolly with a $25,000 check for her Dollywood Foundation, which funds the Imagination Library.

Dolly concluded her appearance with a touching performance of “Coat of Many Colors” and brought the entire audience to their feet with an inspiring rendition of “Try,” a song she wrote to celebrate her Imagination Library. Dolly left all of the conference attendees with a message of inspiration, encouraging them all to follow their dreams, to respect and love all of God’s children and to take any opportunity to work together.