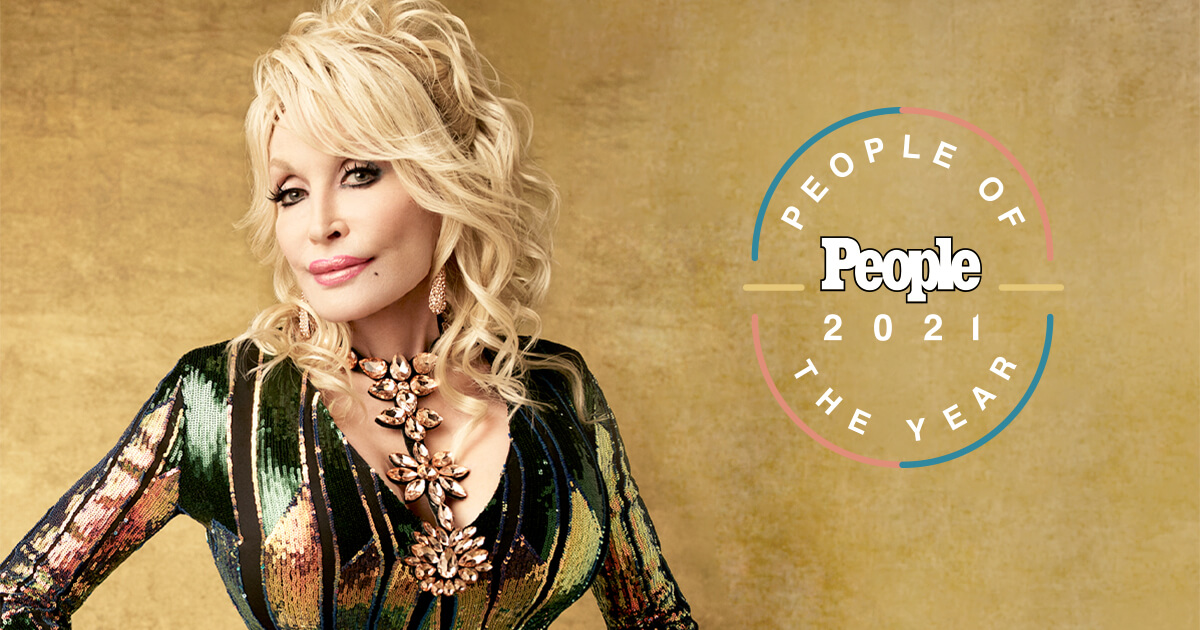 The December 13 issue of PEOPLE Magazine names Dolly Parton among its 2021 People of the Year. In addition to an exclusive cover story, Dolly was honored by being featured on one of four different covers of the special issue, alongside TV star Sandra Oh, Olympic legend Simone Biles and National Teacher of the Year Juliana Urtubey. In an article announcing the four cover stars, PEOPLE said,

“Our People of the Year cover stars have all led the way in their fields to help make the world a little bit better. Dolly Parton has always done her part to help others through efforts like her Imagination Library, which to date has given more than 160 million books to kids in need. Early in the pandemic she saw another way to help, donating $1 million to Vanderbilt University Medical Center to support COVID-19 research, which resulted in the Moderna vaccine that became widely available this year.”

In an exclusive cover story, PEOPLE interviews Dolly about her business acumen and highlights her philanthropic efforts. From her slew of business ventures, including a new beauty business and an Emmy-winning production deal with Netflix, to her lesser-seen side as mega-philanthropist, Dolly is busier than ever and shares how she feels about being recognized.

“I have to honestly tell you, I was a little bit skeptical of being put on the cover as one of the People of the Year, because that’s a lot of pressure,” Dolly says. “But if I can set an example, then that’s great.”

Read Dolly’s cover story online and find Dolly on the cover of PEOPLE Magazine’s 2021 People of the Year, December 13 Issue, available on newsstands.