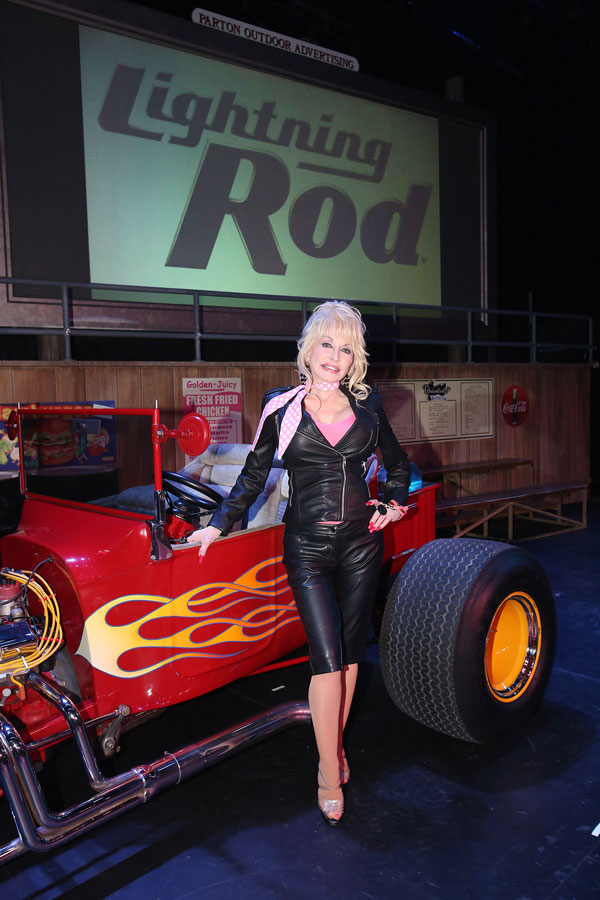 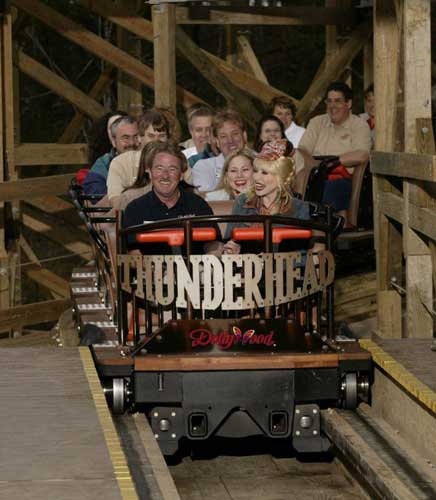 Dolly launched the wildest ride in the Smokies on April, 3 2004. She made her entrance to the event in the front seat of Dollywood‘s newest attraction, Thunderhead. The massive wooden roller coaster pays homage to the land Dollywood and Dolly call home. Dolly said,

“So much of the heritage of the Great Smoky Mountains comes from the forests, the trees and the lumber they provide for us. Thunderhead is an awesome way of reminding everybody how much we get from those forests… including a real exciting time.”

Thunderhead at Dollywood features a 3,230-foot long ride with a drop of 100 feet and maximum speeds of 55 mph. It also features “the world’s first fly-through station.” Half-way through the ride, the coaster travels through the ride station at approximately 40 mph on tracks eight feet above the exit platform where future riders wait to board the coaster. 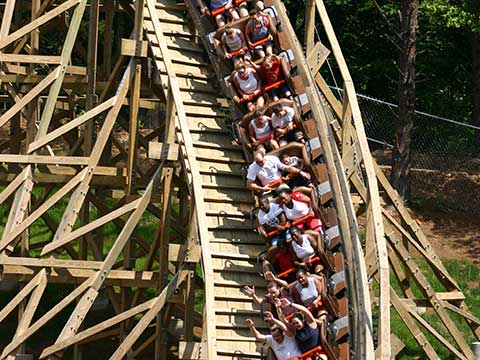 Dollywood’s new wooden roller coaster—Thunderhead—quickly took shape as the park prepared to introduce the $7 million addition in spring 2004. After four months of construction, all concrete footings and piers were completed as are the foundations for the loading station and maintenance facilities.

Thunderhead featured a 3,230-foot long ride with a drop of 100 feet and maximum speeds of 55 mph. It also featured “the world’s first fly-through station.” Half-way through the ride, the coaster travels through the ride station at approximately 40 mph on tracks eight feet above the exit platform where future riders wait to board the coaster.