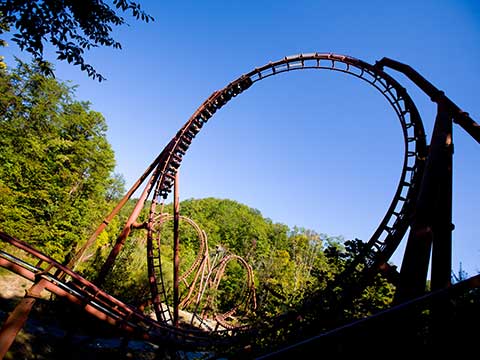 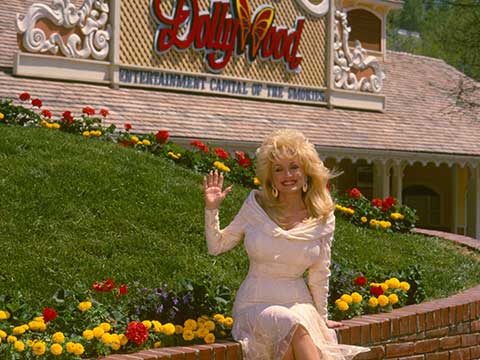 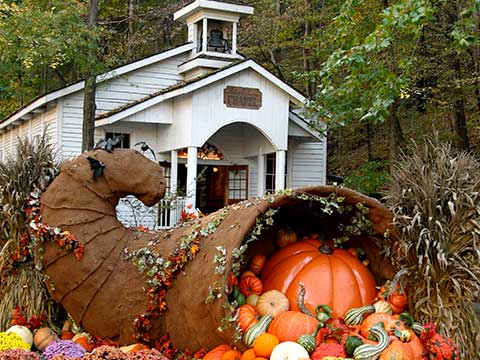 Dollywood Boulevard, an $8 million expansion, anchored the park’s 11th season. A $5 million state-of-the-art simulator ride was added. It was based on the classic 1957 Robert Mitchum film, “Thunder Road.” The ride was the world’s largest Turbo-Ride® Action Adventure featuring a contour-flair screen measuring 55 feet high and 70 feet wide. A themed restaurant and merchandise attraction completed the area.

Also in 1996, Dollywood introduced the popular Southern Gospel Jubilee during the park’s fall Harvest Celebration. The country’s largest Southern Gospel event featured gospel greats J. D. Sumner & The Stamps, the Lewis Family and the Kingsmen. This addition to the festival celebrates Dolly’s love for music, especially the gospel she grew up listening to as a child in church. Dolly said,

“Growing up in church with a musical family, that’s where my love of music and singing really took hold. I wanted to honor our rich musical heritage by adding the Southern Jubilee to our Harvest Celebration.”