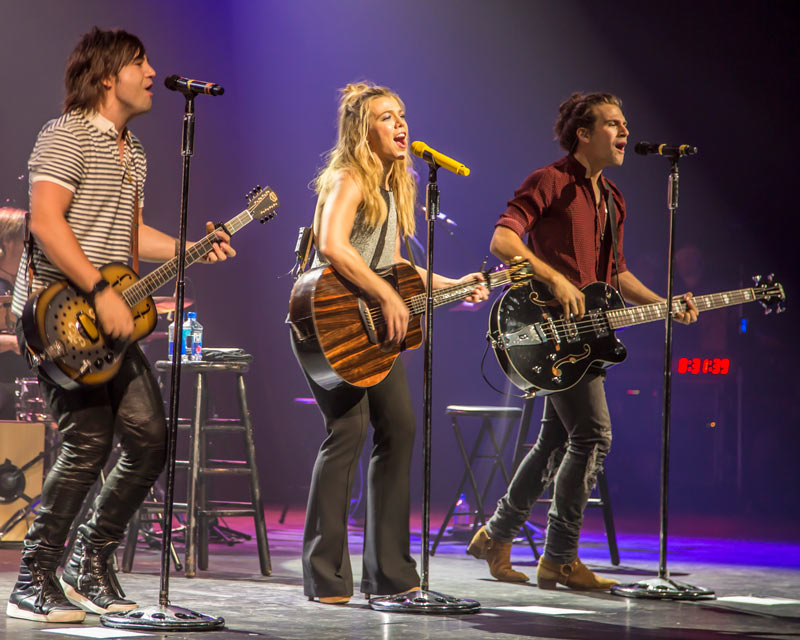 The Band Perry came home to East Tennessee for Dollywood’s Showcase of Stars and raised over $75,000 for Dolly Parton’s Imagination Library.

Dollywood’s D.P. Celebrity Theatre packed in an enthusiastic crowd of fans eager to hear The Band Perry perform their hits on home turf. With an intimate, acoustic setting, the vocally gifted siblings did not disappoint. Performing hit after hit, from “If I Die Young” to “Better Dig Two,” their harmonic voices were the perfect blend of what Dolly calls “blood harmony.” Kimberly even surprised the audience with her rendition of Dolly’s mega-hit song, “I’ll Always Love You,” and as you can imagine, the crowd went wild. 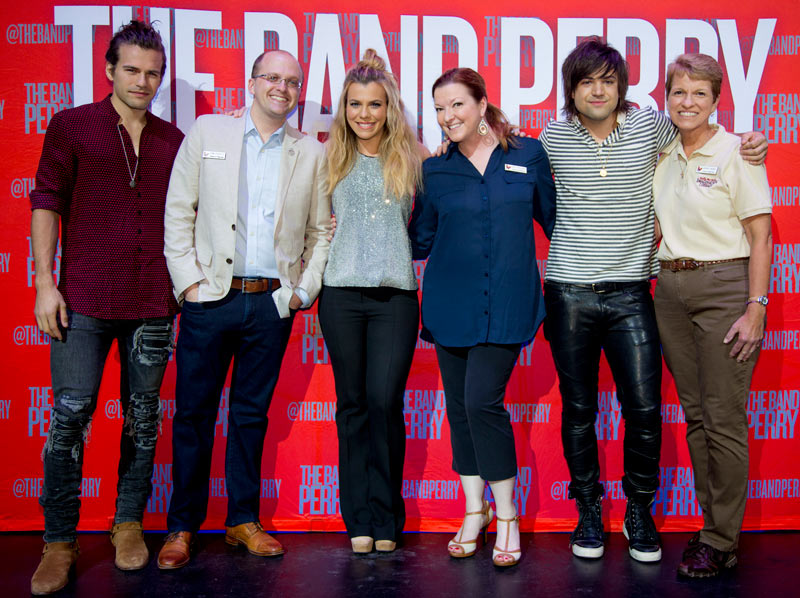 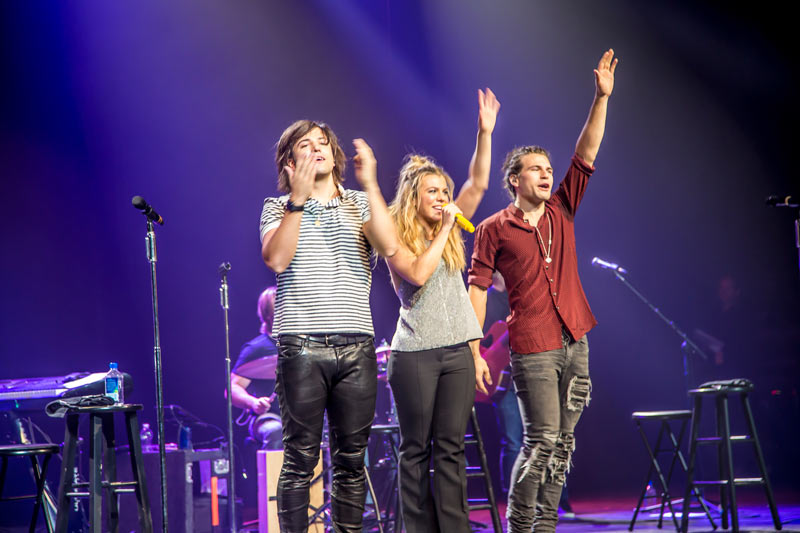 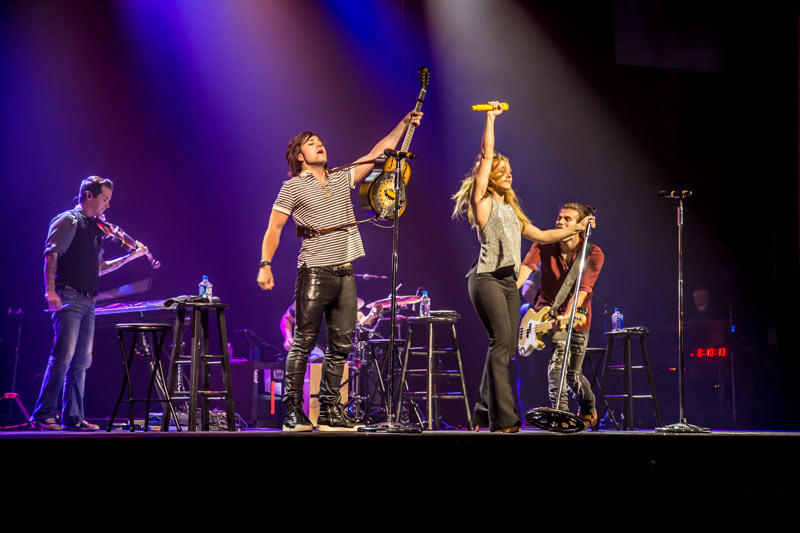 Although Kimberly, Reid and Neil were all happy to be back home in East Tennessee playing for fans at Dollywood, they were also there to show their love and support of Dolly’s book gifting program for children, the Imagination Library. When asked what it was about the program that made them want to get involved, Kimberly said,

Neil went on to say,

“You never know how it will influence you in life. For the three of us and our writing, it was a big, big factor in the way we write our songs. You never know what reading a book will do to change your life. It’s a really great thing and we’re glad to be a part of it.”

Dolly was thrilled that The Band Perry came out to support the program. She shared,

“I’m so proud to know that my Imagination Library has had such a positive influence on Kimberly, Reid and Neil, and I appreciate them coming to Dollywood to show their love and support!”

The Band Perry gave fans an amazing night of great entertainment, and more than $75,000 was raised for the Imagination Library! If you’ve not had the pleasure of seeing this trio perform, do yourself a favor and go see them.

Check out The Band Perry’s website for show dates and times.

Dolly announced earlier this year that Dollywood was bringing back the Showcase of Stars to help raise money for her Imagination Library. She herself kicked off the series in early August with two days of concerts that raised more than $500,000.

As the final artist in Dollywood’s Showcase of Stars lineup, Dolly’s longtime friend and duet partner, Kenny Rogers, will appear in concert on Sunday, Sept. 27 at the D.P. Celebrity Theatre.

Tickets to see Kenny Rogers at the D.P. Celebrity Theatre available at Dollywood.com.

Joining the list of artists appearing at Dollywood’s Showcase of Stars is Tennessee’s own, The Band Perry

Dollywood hosts The Band Perry in concert as part of the Showcase of Stars concert series benefiting Dolly Parton’s Imagination Library. One of the most dynamic acts in music today, the sibling trio proved to be a powerful new force when they delivered their platinum self-titled debut: “The Band Perry,” which offered up five hit singles, including the quintuple-platinum chart-topper “If I Die Young.”

In recent years, the band has earned multiple awards from The Academy of Country Music, The Country Music Association, CMT Music Awards and The American Country Awards including a 2014 ACM award for Vocal Group of the Year. This is the first time the group from nearby Greeneville, Tennessee has performed at Dollywood.

Dolly Parton announced the return of Dollywood’s popular Showcase of Stars concert series in March as part of the award-winning park’s 30th anniversary season. Parton, whose last benefit concert at Dollywood was in 2005, kicked off the series with four sold-out concerts Aug. 8-9 at D.P.’s Celebrity Theater, and raised $500,000 in the process.

Showcase of Stars offers guests the experience of great performances in an intimate setting, while allowing them to simultaneously support a worthy cause. Dollywood season passholders have the first opportunity to purchase tickets to the show. Passholders will receive an email with an exclusive link to purchase. Any remaining tickets will be made available to the general public at a later date.

Dolly Parton’s Imagination Library is a book gifting program administered through the Dollywood Foundation which provides an age-appropriate book each month to children from birth to age five in participating communities. To date, the Imagination Library has provided more than 71 million books in the United States, Canada, the United Kingdom and Australia.