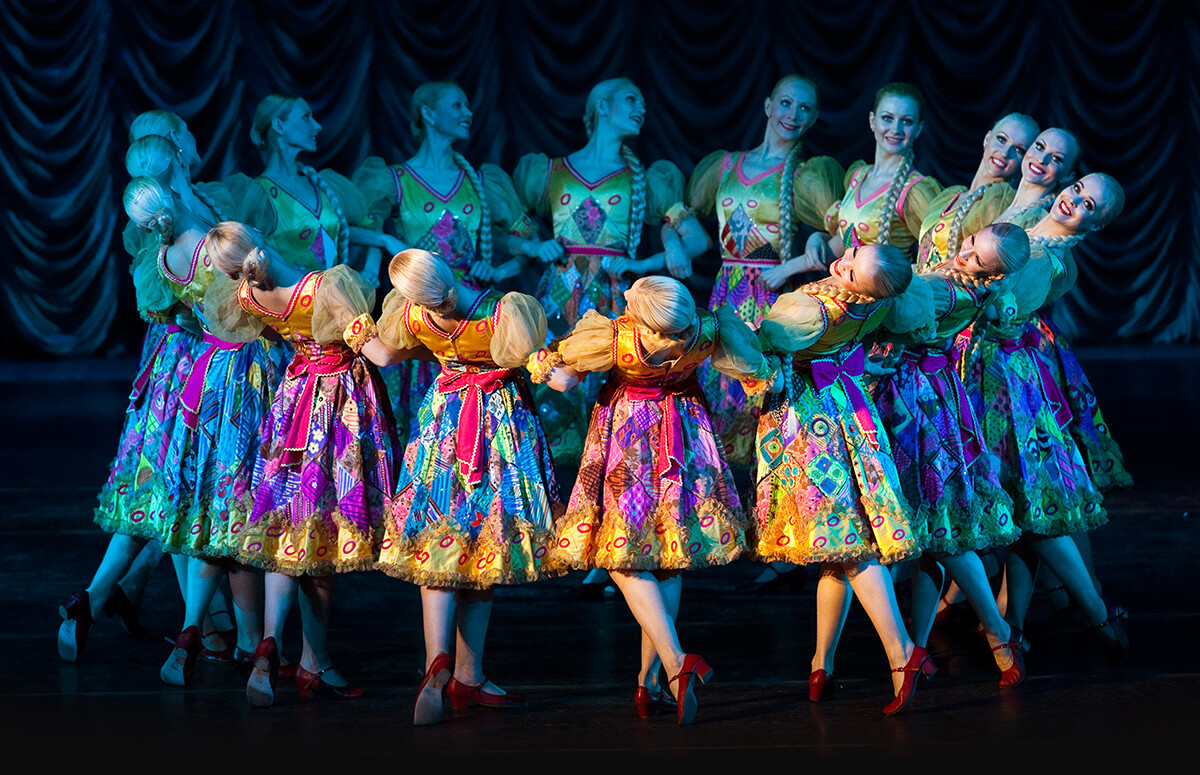 With Dollywood’s emphasis on show-stopping entertainment in 2018, the park’s annual Festival of Nations kicks off the new season with a multi-cultural event featuring world-renowned talent. The celebration takes place March 16-April 9 and lets guests take a trip around the world without leaving the Smokies.

This colorful, interactive event marks the beginning of Dollywood’s Season of Showstoppers. Enjoy cultural music, food and crafts that immerse the entire family in festive fun.

GRAMMY award winners Ladysmith Black Mambazo have transcended musical barriers to produce awe-inspiring projects with artists such as Paul Simon, Stevie Wonder and even Dolly Parton herself. The group sings of peace, love and harmony. Now in its sixth decade they have produced more than 60 albums. They won their fifth GRAMMY in January, this time for Best World Music Album. Their name is a combination of Ladysmith, South Africa (the group’s hometown), the color of oxen (one of the strongest farm animals), and the Zulu word for “chopping axe” (a symbol of the group’s vocal strength). Ladysmith Black Mambazo songs have been featured in multiple motion pictures, and the group even traveled to Norway with Nelson Mandela to perform when he received the Nobel Peace Prize. Guests can find this talented group at the Showstreet Palace Theater.

Founded in 1960, the National Dance Company of Siberia has wowed audiences around the globe with colorful and expressive dance, traditional folk music and vivid costumes. This renowned dance company brings their amazing performance to life for guests in a must-see display of talent and passion. High energy, dazzling colors and authentic Siberian customs combine for an astonishing visual masterpiece. See the National Dance Company of Siberia in the park’s largest theater, DP’s Celebrity Theater

Los Vivancos is comprised of seven Spanish brothers who traveled the world before studying at the prestigious Barcelona Dance Conservatory. Drawing from their years of study, Los Vivancos have created an eclectic style that combines flamenco, ballet, martial arts, street dance, theater and acrobatics into one thrilling, non-stop performance that truly showcases their charisma and flair. The brothers have served as guest performers on ABC’s Dancing with the Stars. Their show, The Flamenco Kings featuring Los Vivancos, is located in Pines Theater.

JigJam – This quartet hails from the heart of Ireland and blends the best of traditional Irish music with the unique sound of American bluegrass to create a genre of music affectionately known as “Celtgrass.” The group has been humorously described as “the best Irish group so far in bluegrass.” Thanks to their gregarious personalities and entertaining antics, this show is an upbeat, foot-stomping good time Dollywood guests won’t want to miss. Location: Back Porch Theater

Atahualpa – Hailing from Ecuador, Atahualpa combines native Incan instruments with contemporary backups to celebrate the history and culture of the Andes Mountains. Atahualpa’s mix of songs includes contemporary music, South American dance rhythms, as well as the traditional music of the Andes. Through their sharing of music, culture and heritage, Atahualpa hopes to promote brotherhood, friendship and peace to all the people of the world. Location: Showstreet Gazebo

Zebra Stelzentheater – Zebra Stelzentheater features German stilt dancers in original costumes who perform while roaming the streets of Dollywood. They are always looking for guest interaction, so be on the lookout for fun. This lively troop is always on the search for new friends! Location: Roaming

If there has ever been a year to take advantage of the value of a Dollywood season pass, this is it. A number of new entertainment options (all included with park admission) are available throughout the season. And guests certainly will want to make several return visits in 2018!

Guests can learn more about Dollywood’s Season of Showstoppers by visiting Dollywood.com or calling 1-800-DOLLYWOOD.