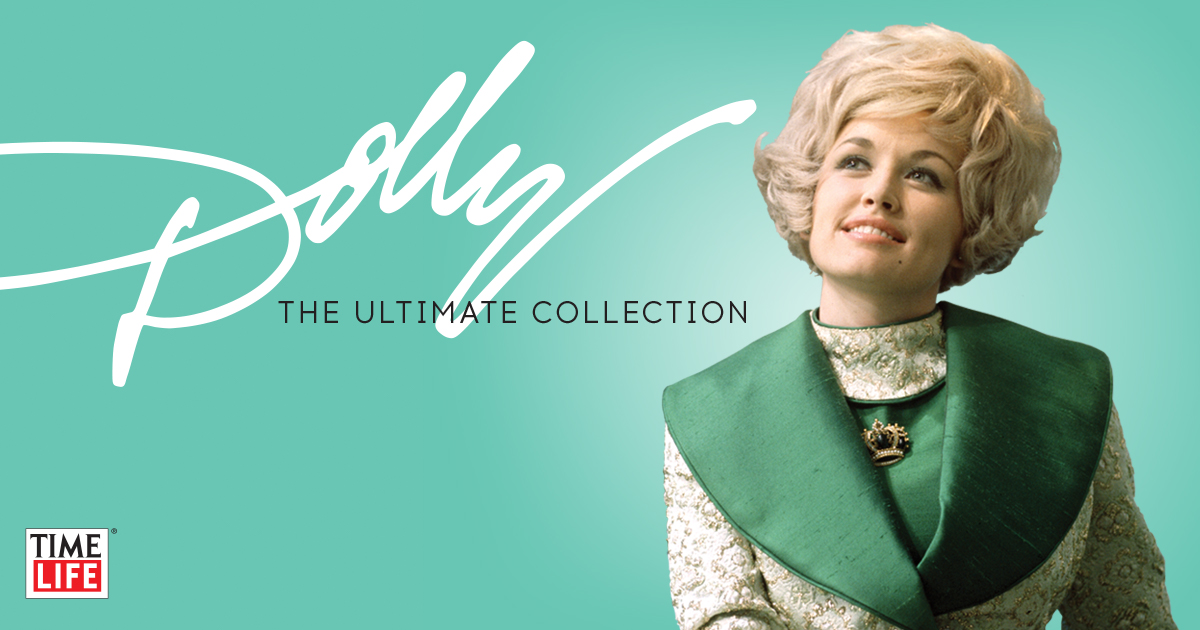 From the Smoky Mountains of East Tennessee to international superstardom, one iconic entertainer has spent the last 50 years singing and laughing her way into our hearts.

The Greatest Moments from Dolly’s Rags-to-Rhinestones Career are on Full Display across 19-DVDs and 35 Hours – Nearly 30 Hours of Which Hasn’t Been Seen Since Broadcast. Hand-Picked by Dolly Herself, the Set Includes Dolly’s Variety Shows from the ‘70s & ‘80s, “The Porter Wagoner Show,” Her Unforgettable “Live From London Concert,” the Authorized Documentary “Dolly Parton: Here I Am,” as well as an Exclusive New Interview with the Legend Herself, Produced Just for This Collection And So Much More!

Not Available at Retail, This Set is Only Available Via Direct Response or Online at TimeLife.com/DollyParton

You can call her The Queen of Country, an Award-Winning Songwriter, Actress, Television Star, Philanthropist, Business Mogul, Icon and American Treasure – but to her millions of fans, she’s known simply as Dolly. From her start out of Nashville in the ’60s to her Hollywood debut and beyond Dolly has done it all…and in 6-inch heels!

Now, for the first time ever, the incredible highlights of Dolly’s remarkable career are together in a one-of-a-kind 19-DVD set – DOLLY: THE ULTIMATE COLLECTION. From her early appearances in the ‘60s through her own star-studded variety shows in the ‘70s and ‘80s, to concerts, interviews, TV appearances and blockbuster collaborations with her closest friends, she’s still going strong and lookin’ spectacular!

“It’s been an amazing journey and you’ll find some of my most precious highlights included here in this collection.” said Dolly. “Thank you to the wonderful folks at Time Life for putting this together. What a delightful trip down memory lane….just the hair styles and outfits alone are worth a look and I’m surprised there are still any rhinestones left in this world! I hope you enjoy these moments as much as I did.”

Time Life cordially invites Dolly Parton fans everywhere to come along on the journey of a lifetime. Available now exclusively at TimeLife.com/DollyParton.

Dolly Parton remains as vibrant and relevant as ever. Her songs have captured the hearts of generations. Her electric smile has brightened the lives of millions. And her trademark style is recognized across the globe. Join Time Life for a celebration of her iconic, unforgettable career with DOLLY: THE ULTIMATE COLLECTION, only available via direct response or online at TimeLife.com/DollyParton.