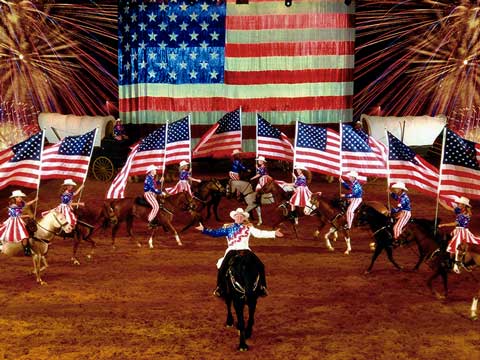 All of the evening’s proceeds benefited the school foundation, which grants continuing education scholarships to Reeds Spring students and provides classroom enrichment mini-grants to teachers. The evening’s speaker was none other than St. Louis Cardinals catcher, Tom Pagnozzi who spoke about educational excellence and reaching for a championship. Pagnozzi won three Gold Gloves at catcher during a twelve-year career with the Cardinals. He was also a member of the National League All-Star team in 1992. Terri Tucker-Wiest, Chairman of the Reeds Spring R-IV Foundation Board said,

“We are honored that Dixie Stampede Dinner Attraction has offered to provide us such an amazing opportunity to raise money for our kids.”

Dixie Stampede was proud to serve the community and encourage education.