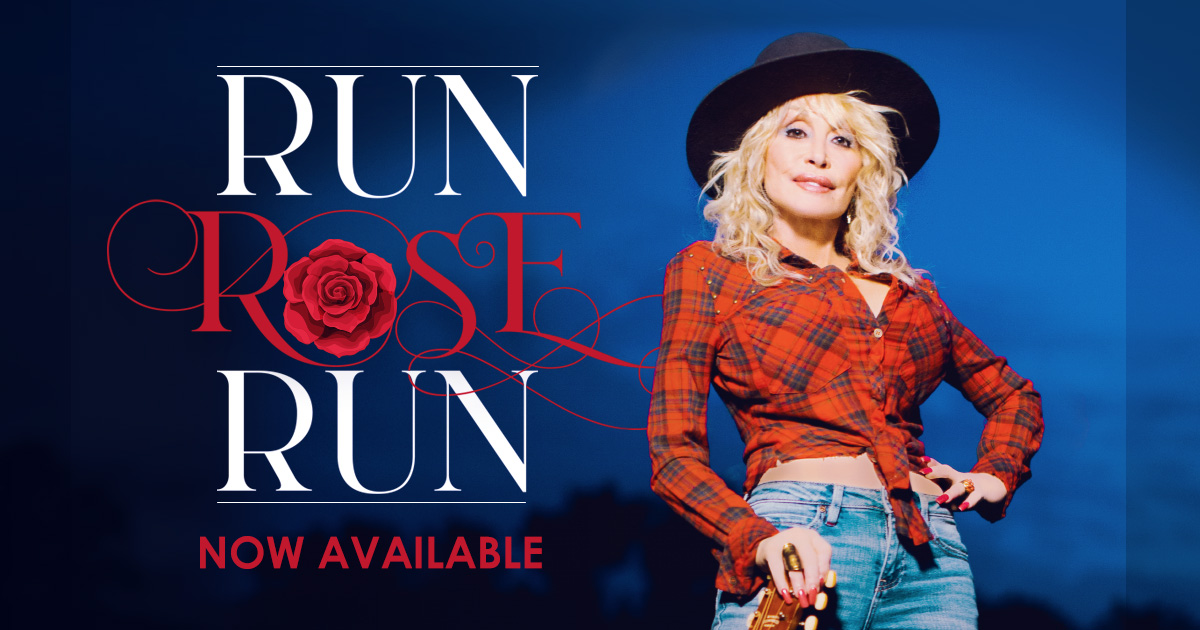 Dolly Parton has released her latest album, “Run, Rose, Run,” available now on all digital streaming platforms and as a digital download, as well as on CD, standard vinyl and some special vinyl color variants. The album serves as a companion to the original novel, “Run, Rose, Run,” co-authored by James Patterson and Parton, set for release on March 7th.

Alongside the album, Dolly has also released the third single and lyric video for “Woman Up (And Take It Like A Man)” – a fiery, inspirational track about not giving up and taking your place at the table when others doubt you.

“I just think this song really suits both of the female characters in the book,” Dolly says. “If you’re going to be in this business you’ve got to toughen up! You gotta ‘woman up and take it like a man’ – be as good as or better than all these men…managers, record label folks and these other characters that give them a hard time in the story. So, this was one song that I think is kind of like another “9 to 5,” I had all female voices on that one and I think it came out really good!”

Dolly will be hosting the 57th Academy of Country Music Awards from Las Vegas on March 7th via Amazon Prime. Additionally, Dolly and the music from “Run, Rose, Run” will be featured on Sonos Radio, premiering on March 10th on her own Songteller Radio Station, as the Music Choice March Artist of the Month and on Pandora Artist Takeover of Today’s Country: Dolly creates a Pop-Up featuring new music and her biggest hits.