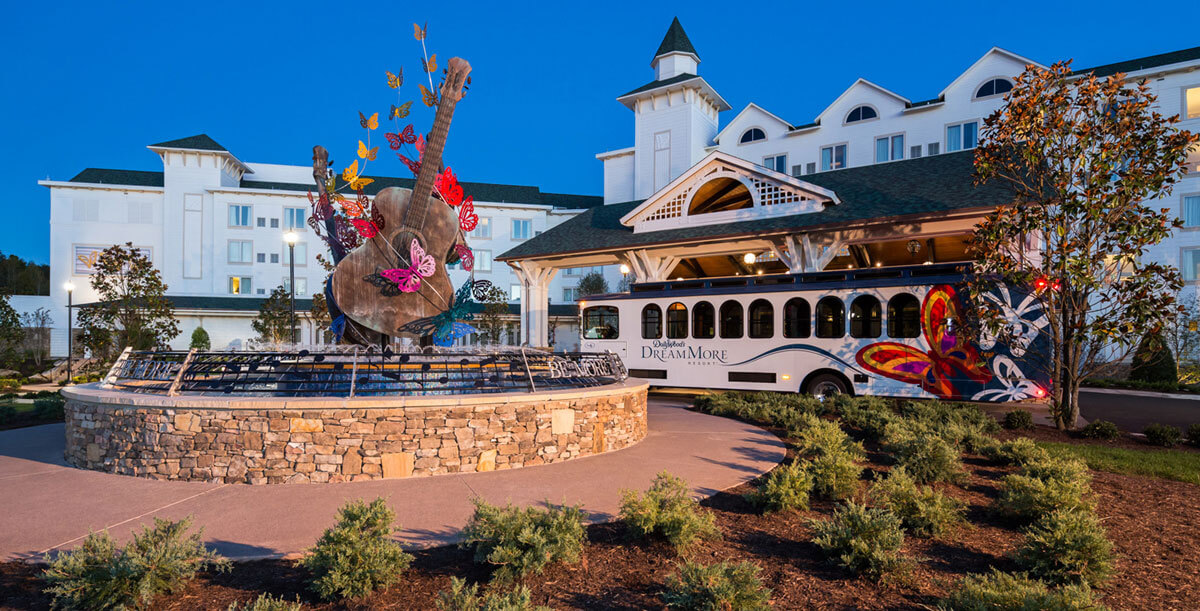 In 2013, Dolly Parton promised to deliver $300 million in expansion investments over 10 years to her Smoky Mountain businesses. Part of that plan included the 2015 opening of Dollywood’s DreamMore Resort. The resort had been a dream of Dolly’s since first opening the park back in 1986.

With the current level and pace of investment, Dolly and her talented team will exceed $300 million in investments well ahead of their original timeline. Craig Ross, Dollywood President said,

“Our financial successes are based on our loyal customers and new consumers who have been sampling Dollywood thanks to smart investment and solid marketing. We will continue to fulfill Dolly’s dreams and will continue to expand our lodging and entertainment offerings as the Great Smoky Mountains becomes a year-round destination.”

A study commissioned in 2013 to project Dollywood’s economic impact and future growth put its impact at $1.1 billion annually, creating more than 12,000 direct, indirect and induced jobs to the region. It was projected that Dollywood’s 10-year investment would create 2,500 additional direct, indirect and induced jobs in the area and would pay $7 million in additional state and local taxes.

An updated study was conducted by Dr. Burton English and his team at The University of Tennessee. Results show Dollywood has already exceeded the projected levels after setting earnings records in each of the previous five years. Dollywood’s impact is projected to exceed $1.84 billion annually. Also, the company expects to create more than 23,000 direct, indirect and induced jobs in the region.

Dollywood celebrated opening day on March 18 with the park’s annual Festival of Nations. The 2017 season is known as the “Year of the Family.” Dollywood will devote the year to creating getaway opportunities for families to make lasting memories and continue traditions.

Explore Dollywood’s “Year of the Family”