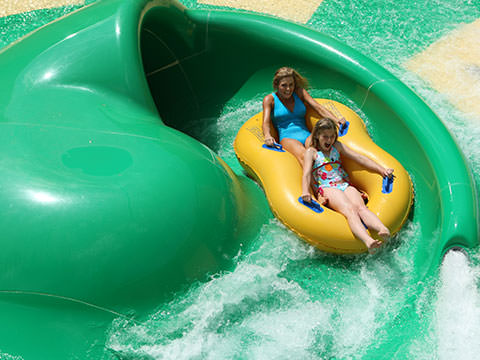 As the gates opened on May 17, 2008, SwiftWater Run became the latest addition to the 35-acre adventure park. The new attraction took riders through a 54-inch diameter tunnel that propelled them into a large bowl feature. After a corkscrew section, they navigated down a chute and plunged into a landing pool. Dolly brought this unique family attraction to Dollywood’s Splash Country in 2008 and it quickly became a favorite for kids and parents alike. When Dolly made the announcement about the new attraction she said,

“I was looking for something that would set folks to spinning, and that’s just what my SwiftWater Run will do.”