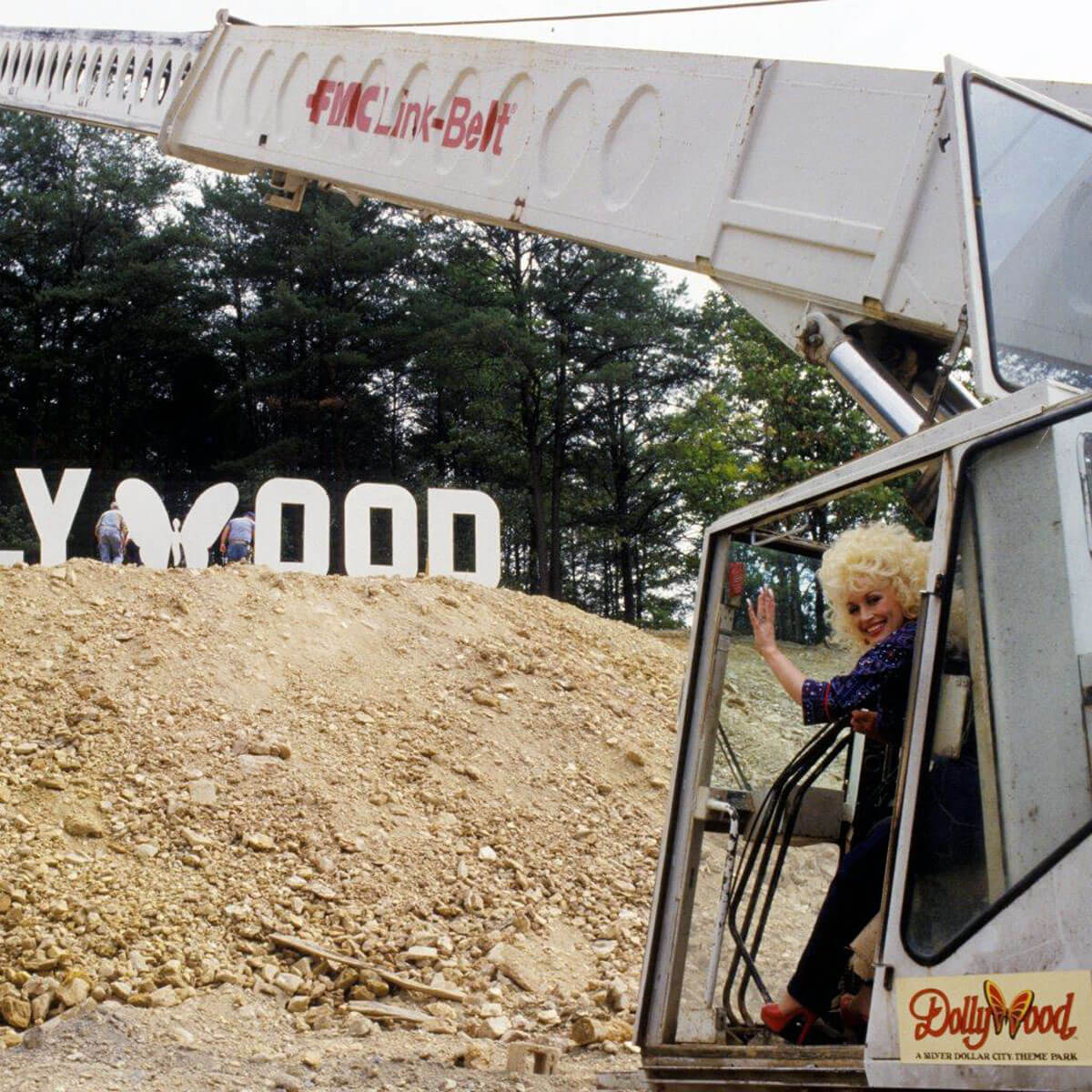 A reflection on Dolly Parton’s devotion to her people and her home.

By 1985, Dolly was a CMA, ACM and GRAMMY award-winning artist. Her acting career was flourishing with blockbuster hits such as “9 to 5” and she had earned her star on the Hollywood Walk of Fame! Dolly had reached superstar status. Yet, to the surprise of many, she dreamed of home and the people living there. Her vision, to build a place where her success would be enjoyed by many for generations and generations to come.

Most folks have heard how Dollywood got its name. On one of her first trips to California, Dolly fantasized about changing the H to a D in the iconic Hollywood sign. But what about her vision for the actual park. What motivated the young star to invest so much of herself back home in the mountains of East Tennessee? The answer is simple, Dolly loves her people, her home and everything about her heritage that helped shape her into not just the star but the person she became. A kind, generous, real soul who knows where she is going and loves where she came from.

In her autobiography, “Dolly My Life and Other Unfinished Business” Dolly reflected on why she wanted to open Dollywood. She said,

“The theme park is much more about the mountains and the culture of the people who live there than it is about Dolly Parton. Dolly Parton simply happens to be the most famous hillbilly from those particular hills, and a lot of people are curious about me and my life. There is plenty there to satisfy that curiosity, but there is also plenty that celebrates the spirit of a people who made a life for themselves in that very stingy countryside. These are my real people, the seed from which I sprang. I saw Dollywood as a chance to honor them.”

Despite naysayers, the park was nearly an overnight success. The 1986 grand opening saw around 10,000 guests pass through the gates. Five months later, the park welcomed its one millionth visitor. Today, Dollywood sees 2.5 million visitors per year. That number hits 4 million when combined with other Dollywood properties such as Splash Country and Dollywood’s DreamMore Resort. In 2013, Dolly and the Dollywood Company announced a 10-year, $300 million expansion plan. The plan included the 300-room resort which opened in 2015.

While the guest experience is at the center of the “world’s friendliest park” the people are still the heartbeat. The Dollywood Company now employs over 3000 people. In her book, published in 1994, Dolly wrote,

“I love the fact that I am able to give something back and provide so many people with jobs where none existed before. Of course, the Great Smoky Mountains were there for a couple of million years before I came along, and they are still the main attraction in the area, which is as it should be. If Dollywood can give some people a little extra incentive to visit there, then I am absolutely tickled.”

Perhaps Dolly’s sentiment for her people is best expressed in the words to her song, “My People, My Home” the opening number at Dollywood’s My People show.

“My People, My Home” – By Dolly Parton