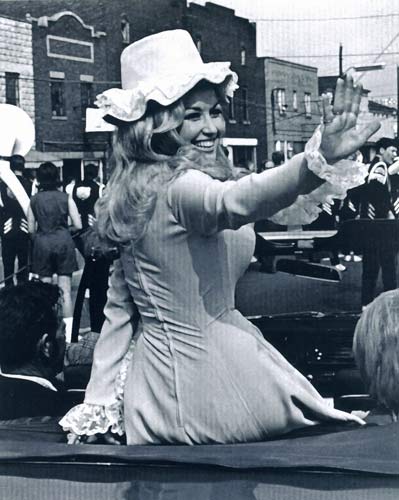 Dolly’s hometown of Sevierville, Tenn. honors her with the first ‘Dolly Days’

‘Dolly Day’ or ‘Dolly Days’ began in 1970. Dolly credits Porter Wagoner as having a hand in the success of the first event and the production of the live album, “A Real Live Dolly,” she recorded during the first Dolly Day. She said,

“He insisted that the event be produced as a live album, and he arranged for many well-known Nashville musicians to be a part of it. The album was a success and it made me very proud.”

Many festivities were planned, including a Dolly Parade with Dolly as the grand marshal. The annual homecoming event is hosted in her hometown of Sevierville, Tenn.