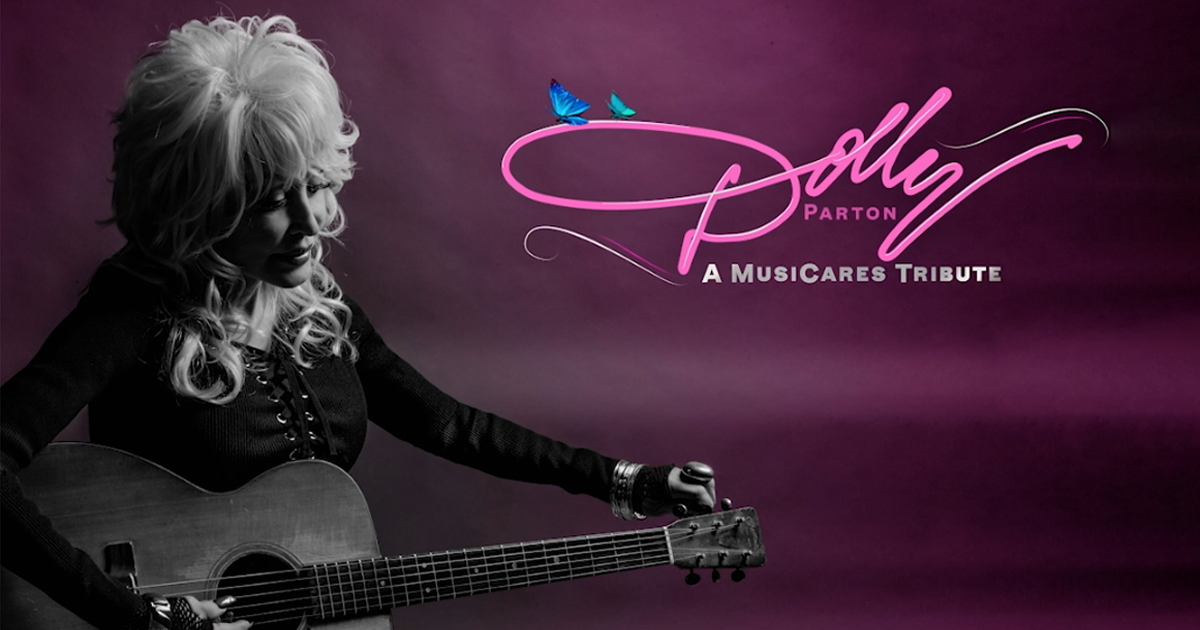 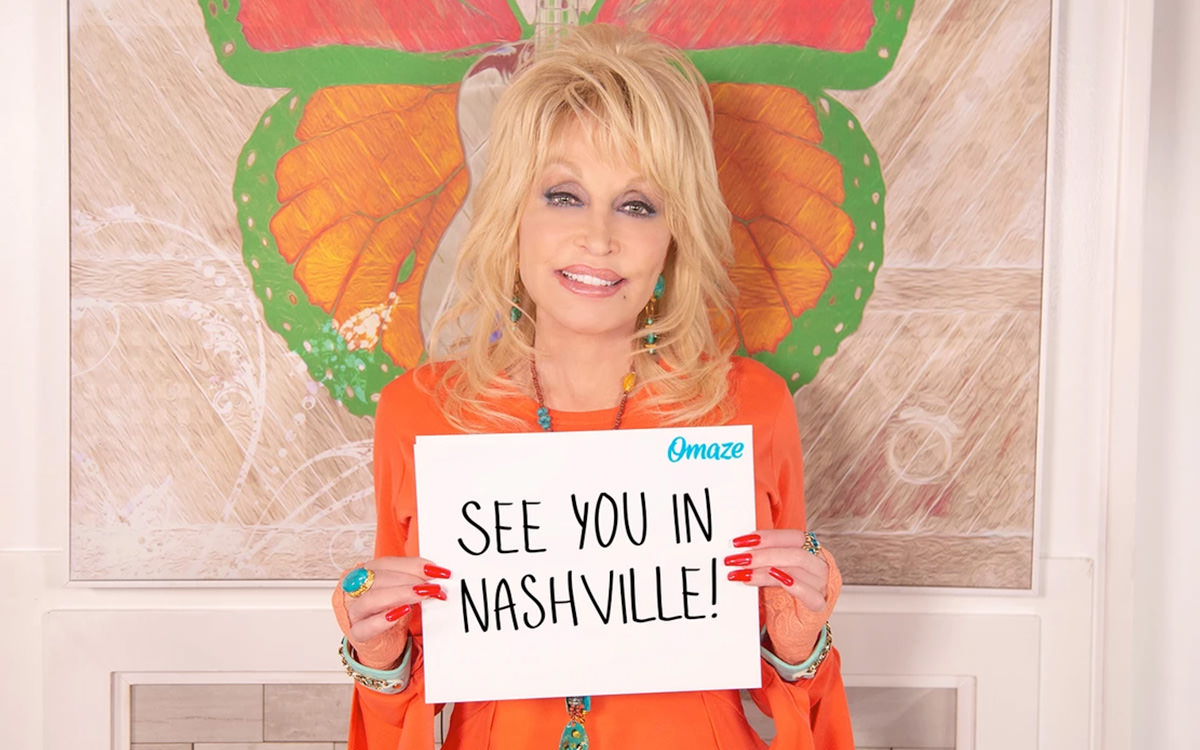 Dolly Parton is teaming up with MusiCares and Omaze to give one lucky winner the chance of a lifetime.

Dolly Parton is about to celebrate 50 incredible years as a member of the Grand Ole Opry, and she wants YOU to be there as her VIP guest. Time to skip out on your 9-5, pack your most bedazzled clothes and head to Nashville to join the Queen of Country herself at the world-famous Opry House. You’ll enjoy a backstage tour, exclusive passes to the exhibit “Dolly: My Opry Memories” and even have your own private dressing room, which is where Dolly will meet you to chat and take a picture. Then, you’ll watch Dolly’s knock-your-socks-off anniversary performance from the best spot in the house. Flights and stay at the Gaylord Opryland Resort included.

You And A Friend Will:

*No Donation or payment is necessary to enter or win this sweepstakes.

In 2019, Dolly Parton was honored as MusiCares Person of the Year. MusiCares provides a safety net of critical assistance for the music community in times of need. Their services and resources cover a wide range of financial, medical and personal emergencies, and each case is treated with integrity and confidentially. MusiCares also focuses the resources and attention of the music industry on human service issues that directly influence the health and welfare of the music community. 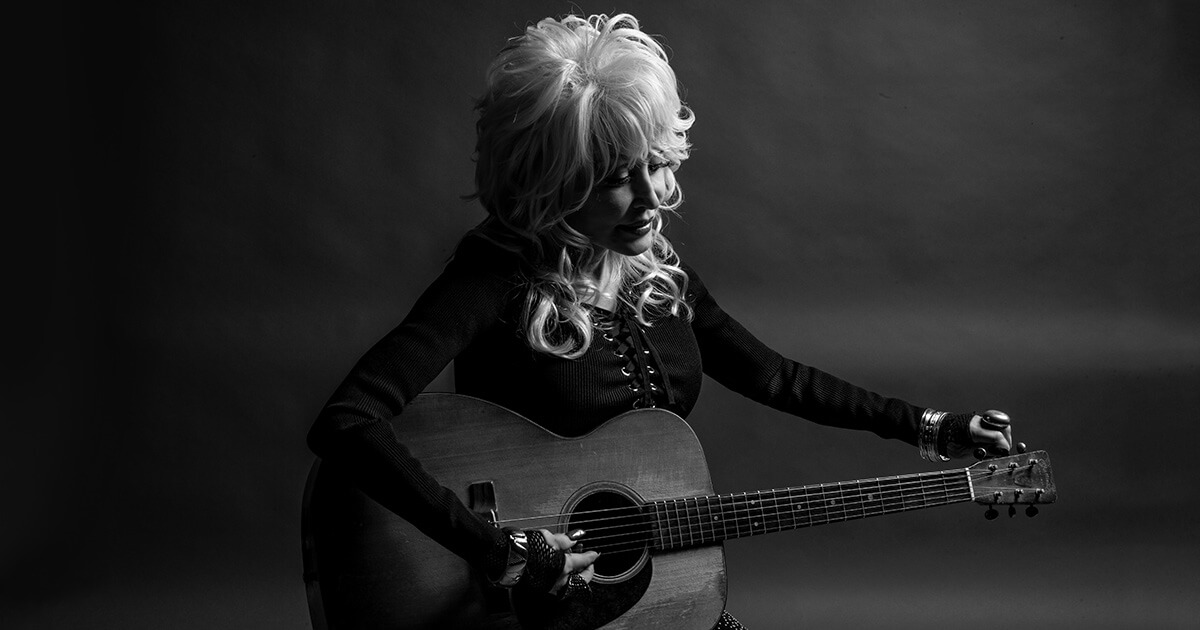 Eight-time GRAMMY® winner Dolly Parton received honors at the 2019 MusiCares® Person of the Year tribute on Friday, Feb. 8, 2019. Neil Portnow, President/CEO of MusiCares and the Recording Academy™ first made the announcement on September 4, 2018.

Proceeds from the 29th annual benefit gala will provide essential support for MusiCares, a charity founded by the Recording Academy that ensures music people have a place to turn in times of financial, medical and personal need. The tribute was held at the Los Angeles Convention Center two nights prior to the 61st Annual GRAMMY Awards®.

Parton is the first artist from the Nashville music community to be honored by MusiCares. She is being recognized as the 2019 MusiCares Person of the Year for her considerable creative accomplishments and her longtime support of a number of causes through her Dollywood Foundation, including the Imagination Library, which, since 1996, has provided more than 100 million books to children from birth to five years of age in the United States, Canada, Australia, and the U.K.

“Dolly Parton has always been and continues to be a courageous trailblazer and indomitable inspiration for creators and artists—so for us to have the opportunity to honor her at our annual MusiCares Person of the Year gala is to pay tribute to a true pillar of strength and someone who we all look up to and cherish,” said Portnow. With her legendary talent, she has forged a career that spans decades and her gifts as a performer resound on both stage and screen. Dolly also knows the power of philanthropy and she has used her stardom to contribute to a wide range of causes from natural disasters to education and literacy programs.”

“I am so excited and humbled to be honored as MusiCares Person of the Year,” said Dolly. “It’s even more special knowing the gala benefits music people in need. I can’t wait to hear all of the great artists singing my music.”

Remarks Dolly’s manager Danny Nozell, CEO, CTK Management, “I couldn’t think of anyone more deserving to be the first MusiCares Person of the Year representing the Nashville music community. It’s been a privilege to witness her generous heart, first-hand, for the last 14 years.”

“With each passing year, the goal of MusiCares remains clear: to do more and serve more music people in need,” said Michael McDonald, MusiCares’ Board Chair. “Over the course of our last fiscal year, we provided more than $6.4 million dollars to more than 8,500 members of the music industry—the largest number of clients served and dollars distributed in a single year in our charity’s history. We are confident that our 2019 Person of the Year tribute to Dolly Parton will help us raise the funds that sustain and expand our mission.”

The MusiCares Person of the Year tribute ceremony is one of the most prestigious events held during GRAMMY Week. The Person of the Year gala will begin with a reception and silent auction offering an exclusive and unparalleled selection of luxury items, VIP experiences and one-of-a-kind celebrity memorabilia for bidding guests. The reception and silent auction will be followed by a gala dinner sponsored by AEG; a live auction; a tribute concert featuring renowned musicians and other artists; and the award presentation. The celebration culminates with the 61st Annual GRAMMY Awards at STAPLES Center in Los Angeles on Sunday, Feb. 10, 2019. The telecast will be broadcast live on the CBS Television Network at 8 p.m. ET/5 p.m. PT.

Established in 1989 by the Recording Academy, MusiCares offers health and human services and programs to members of the music community, including emergency financial assistance for basic living expenses such as rent, utilities, and car payments; medical expenses, including doctor, dentist and hospital bills; and treatment for HIV/AIDS, Parkinson’s disease, Alzheimer’s disease, hepatitis C and other critical illnesses. MusiCares offers nationwide educational workshops covering a variety of subjects, including financial, legal, medical, and substance abuse issues, and programs in collaboration with health care professionals that provide services such as flu shots, hearing tests and medical/dental screenings. MusiCares provides access to addiction recovery treatment and sober living resources for members of the music community. Staffed by qualified chemical dependency and intervention specialists, MusiCares offers Safe Harbor Room® support, sponsored in part by the Bohemian Foundation, to provide a network to those in recovery while they are participating in the production of televised music shows and other major music events. MusiCares holds weekly addiction support groups for people to discuss how to best cope with the issues surrounding the recovery process. 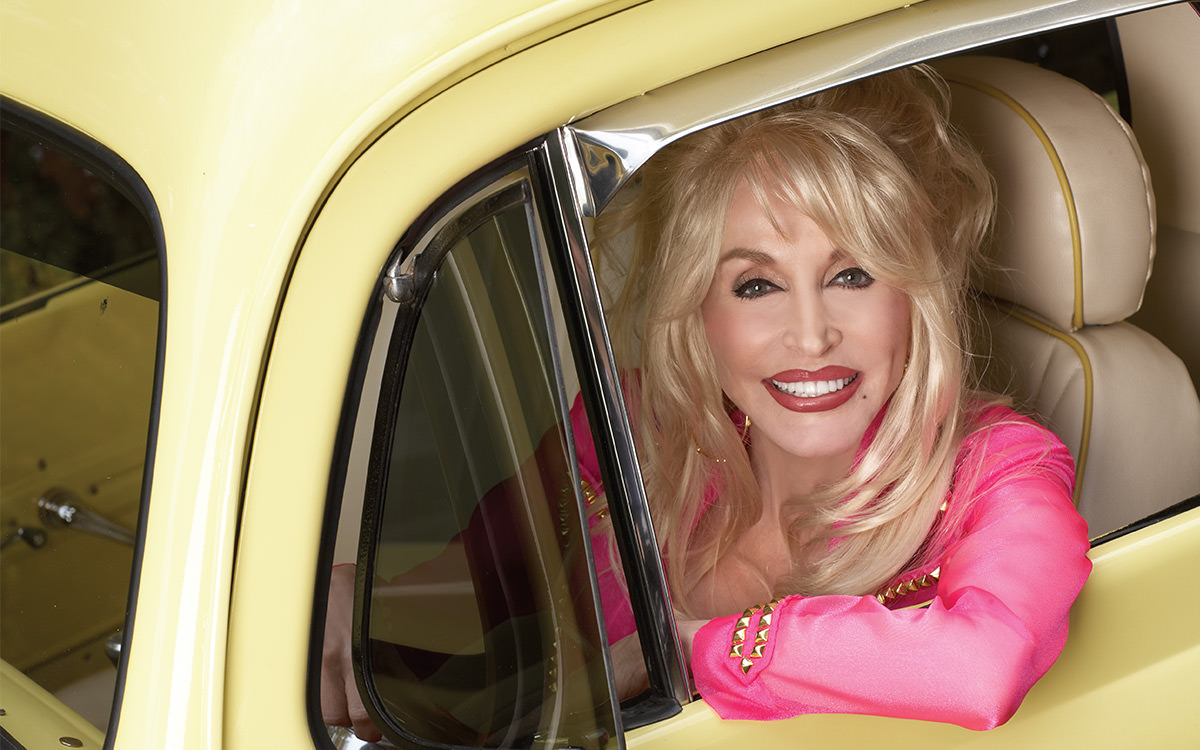