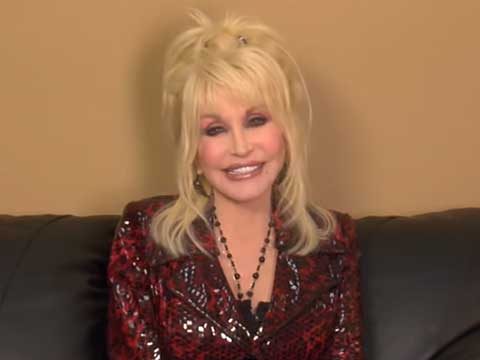 Dolly was among six recipients to receive the honor during an invitation-only ceremony. The ceremony was held the night before the live telecast of the 53rd Annual GRAMMY Awards. Due to a family commitment, scheduled months earlier, Dolly was unable to attend the event. In her recorded acceptance speech she said,

“I appreciate all my GRAMMYS, all of my fans, all the folks that work hard to see to it that I’m still out here on the road… I do thank you from the bottom of my heart.”

Dolly won her first GRAMMY in 1978. She was awarded Best Female Country Vocal Performance for her song, “Here You Come Again.” In addition to her wins, she has earned 39 nominations to date.

“These influential performers and brilliant innovators have been of great inspiration to our culture and industry. Their legendary work has left a lasting impression and will continue to influence generations to come.”

The GRAMMY Lifetime Achievement Award was established in 1962. Bing Crosby was the first to receive this distinction. In 1967, Ella Fitzgerald became the first woman honored.

The Recording Academy’s National Trustees vote on the honorees. The Lifetime Achievement Award is given to those who, “during their lifetimes, have made creative contributions of outstanding artistic significance to the field of recording.” In 1972, the award broadened to include non-performers.