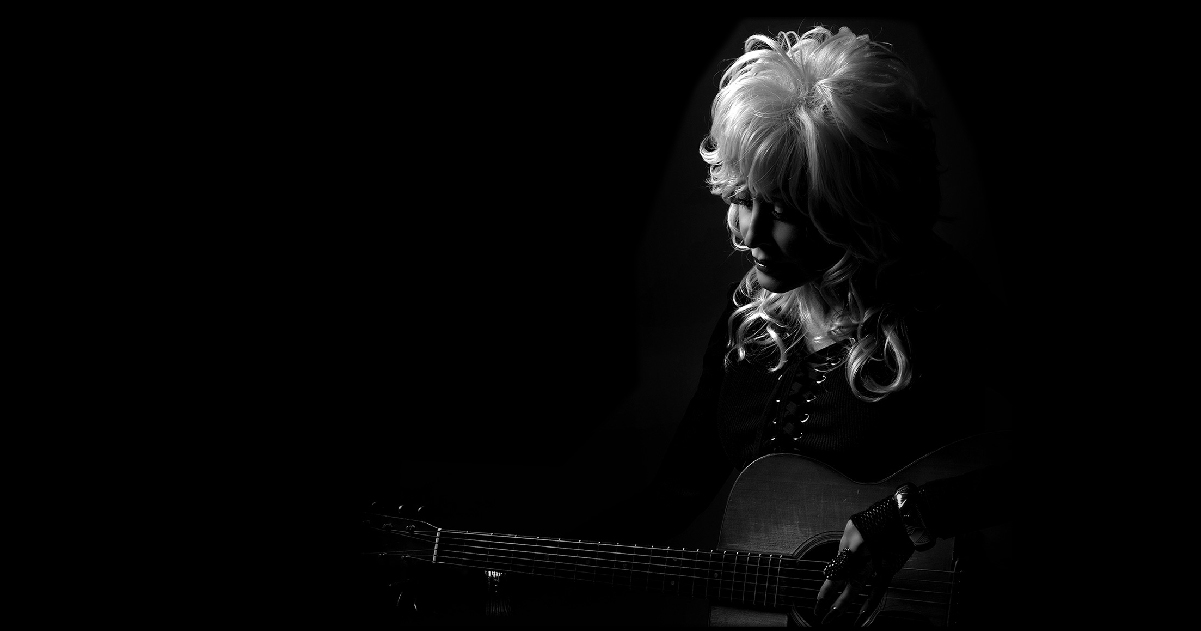 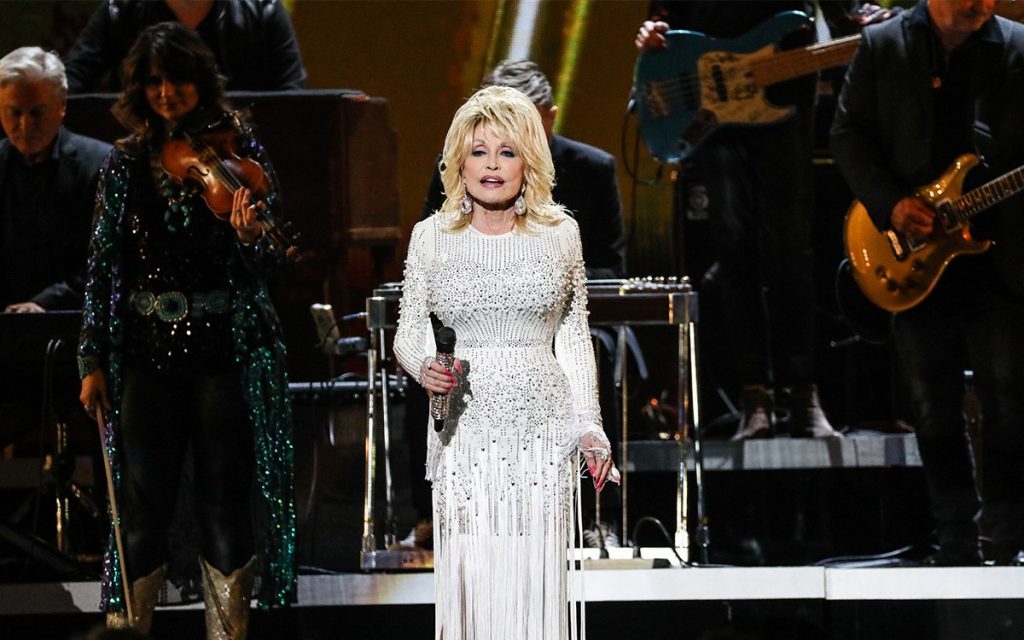 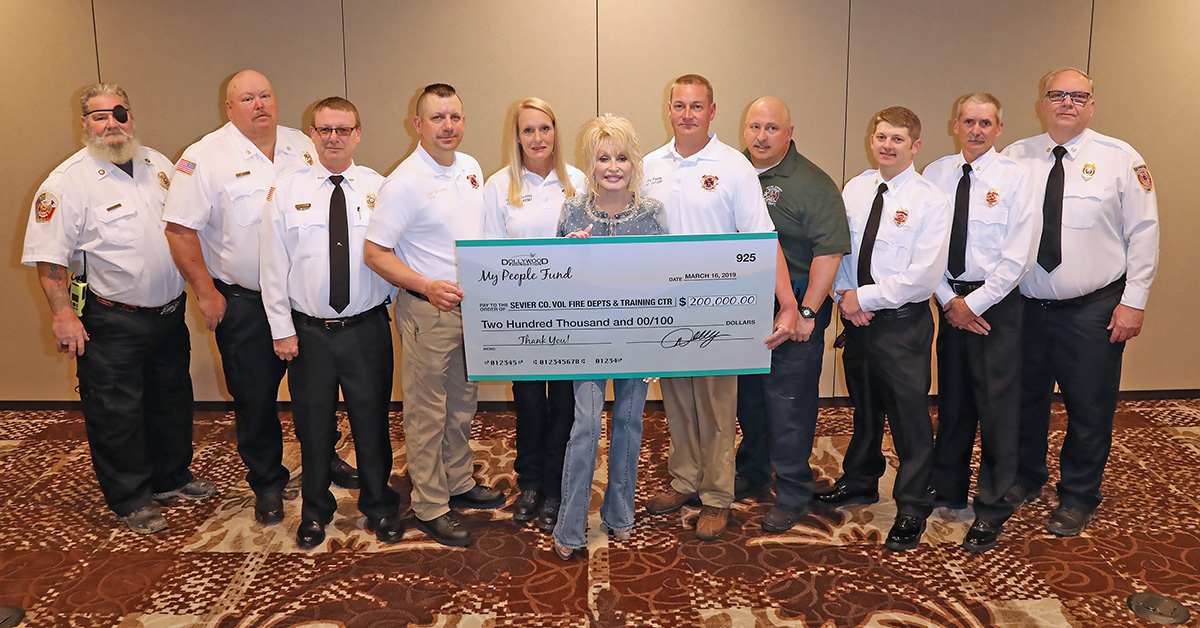 On Saturday, March 16, Dolly Parton met with all of the Fire Chiefs in Sevier County at Dollywood’s DreamMore Resort and Spa. In recognition of their instrumental role in fighting the 2016 wildfires, The Dollywood Foundation’s My People Fund donated $20,000 to each volunteer fire station and gave $40,000 to their area training center. In total, Dolly presented them with $200,000 for their brave service to the community.

“It is only fitting that the last of the My People Fund will go to those who were the first to respond to the fires,” said Dolly Parton.

“This is fantastic. We needed about $40,000 to meet our goal for the classroom and now we have it!” 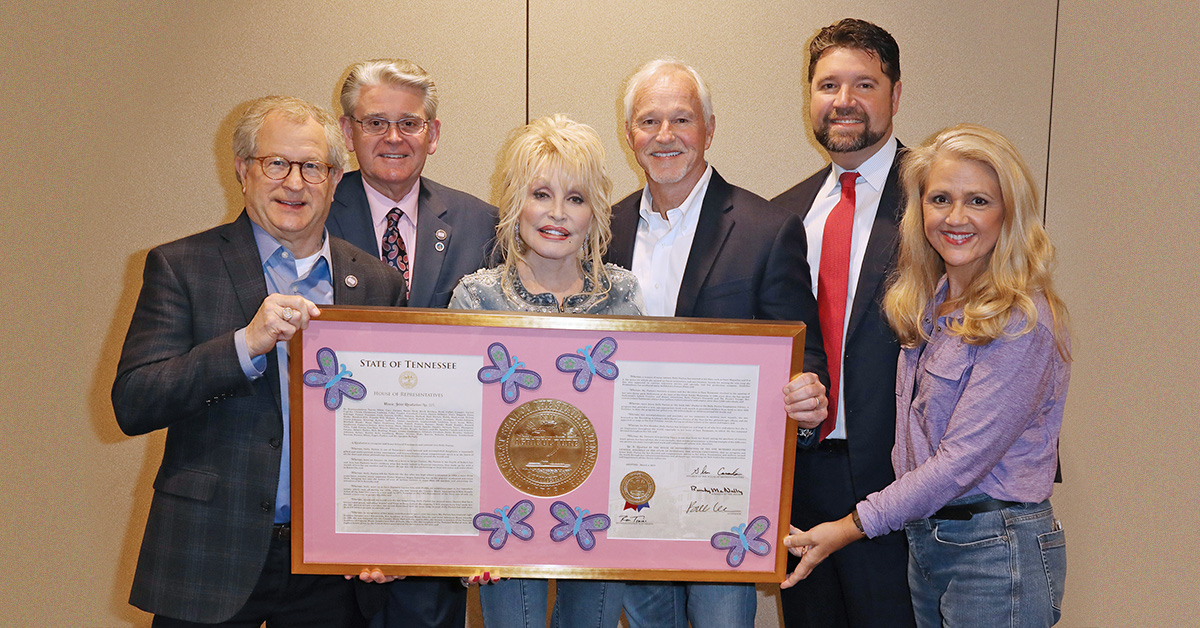 In conjunction with this donation, the Tennessee House of Representatives presented Dolly Parton with a resolution to recognize and honor her as one of Tennessee’s most beloved and accomplished daughters.

The Dollywood Foundation established the My People Fund just 48 hours after the 2016 wildfires. In the weeks and months following, the Fund provided $1000 each month for six months to Sevier County families whose homes were uninhabitable or were completely destroyed in the Smoky Mountain wildfires. Any family who lost their primary residence (renters and homeowners) due to the wildfires in Sevier County were eligible. Due to the tremendous outpouring of donations and support, the final distribution checks were $5000 (per family). 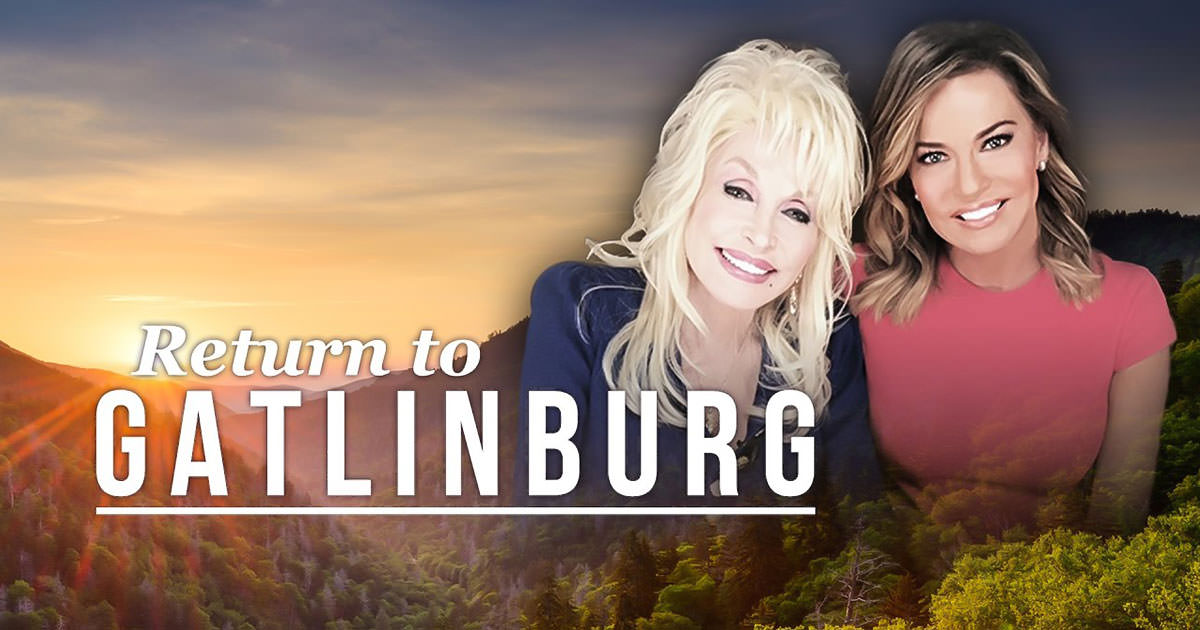 HLN’s Robin Meade of the Morning Express Show recently visited the Great Smoky Mountains. She talked with Dolly Parton about ongoing recovery efforts and the final My People Fund disbursements.

Robin also reminds everyone that visiting the Great Smoky Mountains is the best way to show their support. Morning Express with Robin Meade airs weekday mornings on HLN from 6 AM – 11 AM EST.

The Dollywood Foundation’s My People Fund provided a total of $10,000 (per family) over the course of six months to the more than 900 Sevier County families whose homes were completely destroyed in the Smoky Mountain wildfires. Any family who lost their primary residence (renters and homeowners) due to the wildfires in Sevier County were eligible. 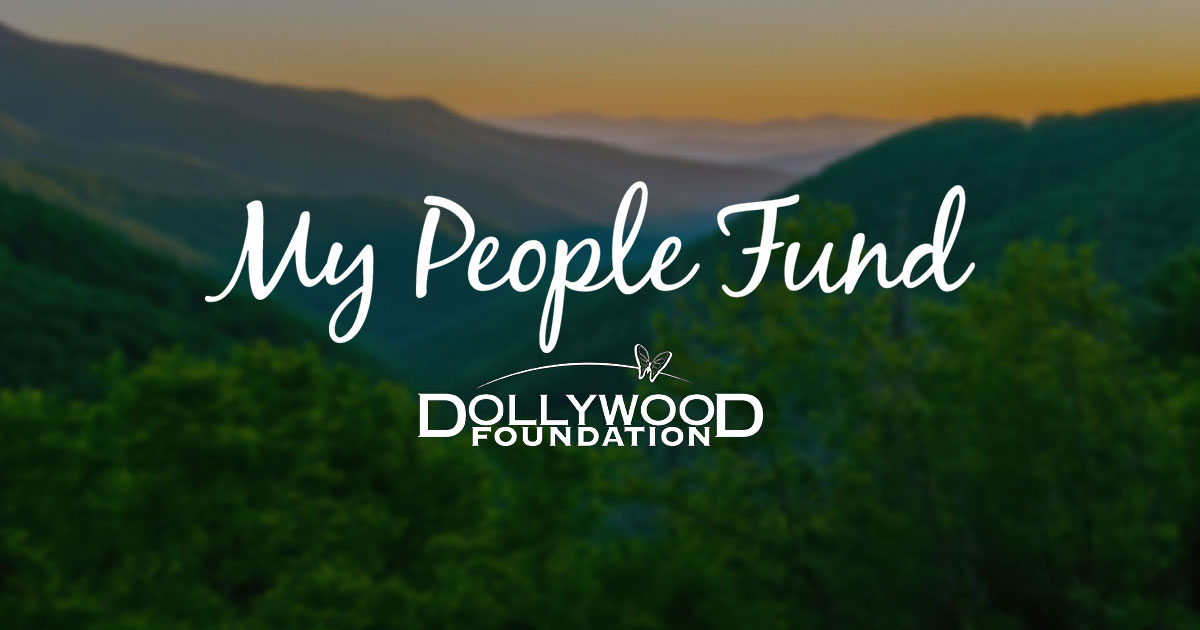 Smokies Strong, a title the people of Sevier County, TN, have more than earned in the aftermath of the devastating wildfires. They displayed their strength and courage on the very night the fires started and have continued to do so in the following months.

The Dollywood Foundation established the My People Fund just 48 hours after wildfires swept through the county on November 28, 2016. Each month, starting in December 2016, the My People Fund gave $1,000 to every family whose home was lost or destroyed in the fires. May marks the end of the Fund’s six-month pledge to assist the recovery efforts. Due to the tremendous outpouring of donations and support, the My People Fund was able to increase the amount of the final distribution checks from $1,000 to $5,000 (per family). In total, $8.9 million went directly to wildfire victims.

Dolly was on hand at the CARE MORE Assistance Center on May 4 in Pigeon Forge, TN, to present the last checks to three families and to say thank you to the dozens of volunteers who have staffed the effort. Dolly said,

“We started the distribution in December right around the longest night of the year and I know it felt dark and lonely for so many. But here we are in spring, a time for renewal and a time for hope. I know the money helps but most of all I want people to know we will always provide you a shoulder to lean on.”

In addition, Dolly’s My People Fund launched a partnership with the Mountain Tough Recovery Team to continue supporting these families in the coming months by providing $3 million for this effort. Dolly made this announcement during a special media event at Smoky Mountain Adventures in Pigeon Forge, TN, on May 5.

Additional contributions, outside of the My People Fund, helped establish and support the Wildfire Scholarship Fund. Thanks to these efforts, every high school junior and senior in Sevier County, whose homes were destroyed by the fires, will receive a $4,500 scholarship.

Today, recovery continues and rebuilding efforts are underway for the people who are and forever will be, Smokies Strong.

My People Fund from Official Dolly Parton on Vimeo.

The Dollywood Foundation’s My People Fund provided $1,000 each month for six months to Sevier County families whose homes were uninhabitable or were completely destroyed in the Smoky Mountain wildfires. Any family who lost their primary residence (renters and homeowners) due to the wildfires in Sevier County were eligible. 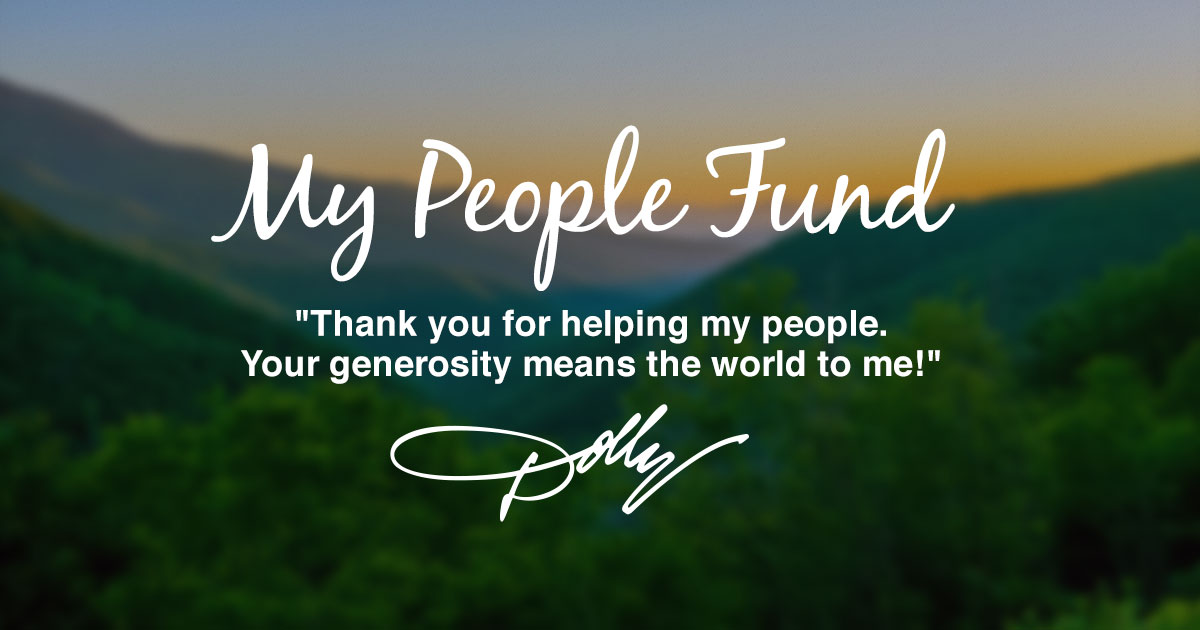