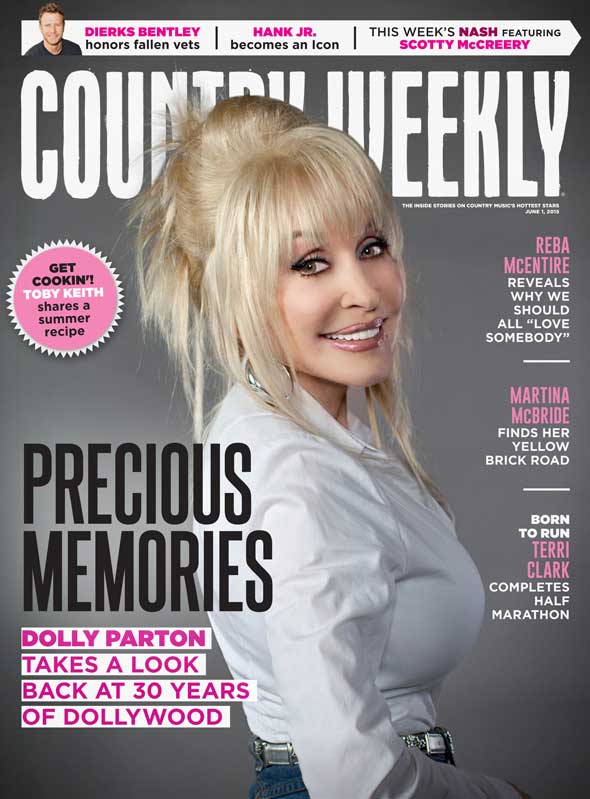 In a Country Weekly magazine cover article, Dolly takes a look back at three decades of Dollywood milestones. This year, marks the park’s 30th anniversary. A year-long celebration is well underway, including the grand opening of Dollywood’s DreamMore Resort, set for later this summer.

Over the past 30 years, Dollywood has grown in size and appeal. Its award-winning shows and attractions offer a unique brand of family entertainment. In 2010, Dollywood received the coveted Applause Award, the theme park industry’s highest honor. Additionally, it has earned nearly 30 Golden Ticket Awards and received 24 Brass Ring Awards for Live Entertainment (more than any other theme park in the world).

The park, located in Pigeon Forge, TN, opened in 1986. It was Dolly’s way of giving back to her community and the people who live there. Today, Dollywood sits on a 150-acre site. It supplies the largest amount of seasonal jobs in Sevier County. After the new resort opens, Dollywood properties will be responsible for over 3,000 jobs.