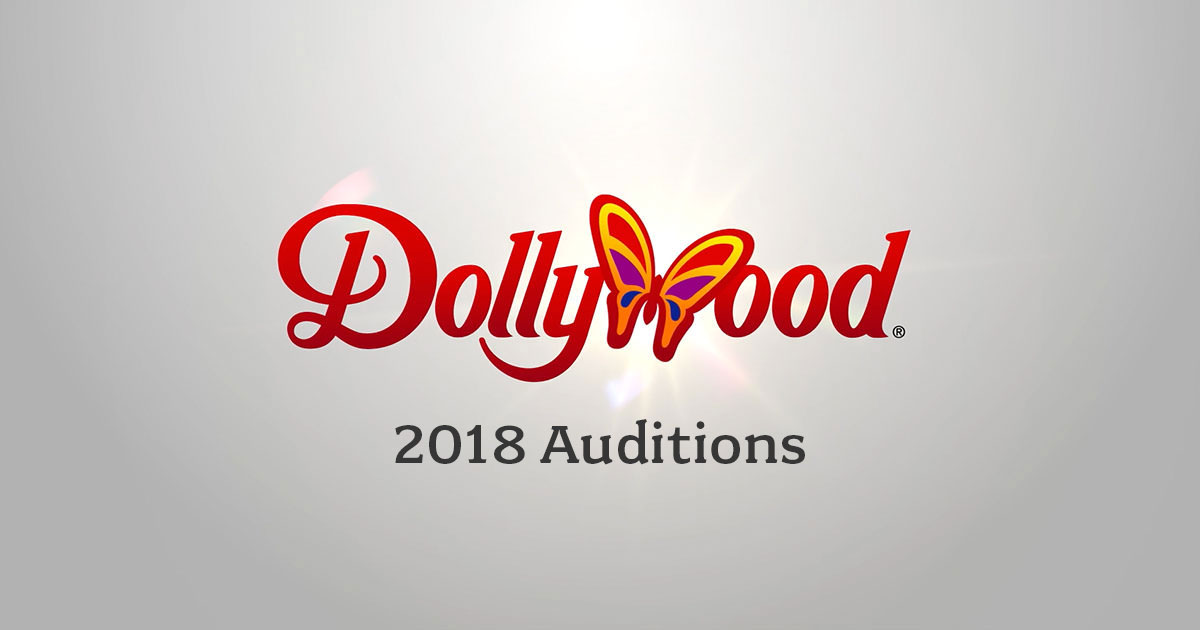 Fresh off earning its ninth-consecutive Golden Ticket Award for Best Theme Park Shows, Dollywood’s Entertainment Team is hitting the road in early 2018 to conduct auditions throughout the Southeast in search of new talent for the park’s world-class shows and productions.

Auditions currently are scheduled in Birmingham, Alabama (Jan. 6), at Dollywood (Jan. 20), and in Spartanburg, South Carolina (Jan. 27). These auditions give performers an opportunity to showcase their abilities for members of Dollywood’s award-winning entertainment team.

“There is no doubt about it, Dollywood is known for producing high-level entertainment every single season,” said Paige Bales, Dollywood Entertainment Director. “While it can be a challenge to maintain this high standard it is one we take great pride in doing. The talent we discover at our auditions is the most crucial aspect of helping us achieve the highest level. We’re so proud of the careers that have started here at Dollywood and we’re ready to help more great performers begin the journey to finding their dreams.”

During the open call auditions, Dollywood Entertainment is looking for singers with experience in country, musical theater or pop. The auditions are only for singers and singers who move.

Many well-known performers started their careers in Dollywood’s shows and productions. Country music stars Suzy Bogguss and Carly Pearce, American Idol alumnus Janelle Arthur, and Eric Martsolf, Brady Black on NBC’s Days of Our Lives, are just a few of the stars who have launched from the stages of Dollywood.

Winner of nine Golden Ticket Awards for Best Shows, Dollywood Entertainment provides the perfect venue for performers and technicians to share their skills.