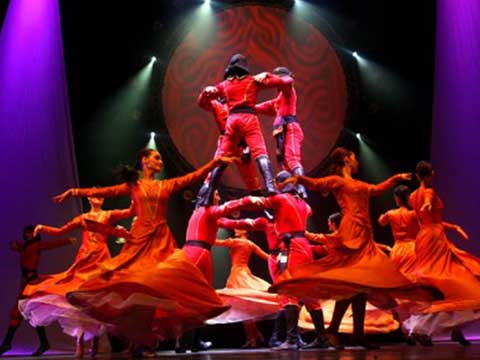 Dolly visited Dollywood to kick off one of its biggest seasons to date, beginning with Festival of Nations and the opening of Wild Eagle, America’s first wing coaster. The festival’s headlining show, “Spirit of the Dance,” surprised guests on opening weekend with a walk-on from Dolly herself! Dolly also appeared in two of the festival’s other shows, Argentina’s “Los Pampas Gauchos” and “The Paper Show by Mimirichi” from Ukraine.