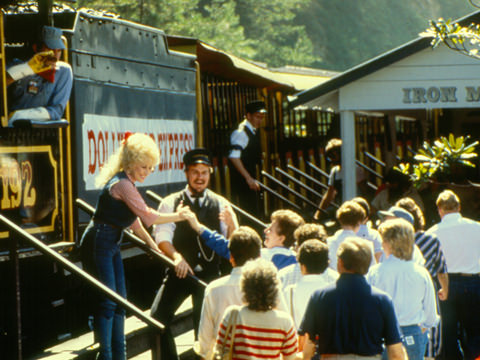 Dolly officially opened Dollywood to the public, realizing her dream of bringing family entertainment to her home in the mountains. She told People magazine how she named the park,

“A few years back, when I first started seeing the Hollywood sign, I kept thinking how cute it would be if I could change the H to a D—and see how long it would take anybody to notice. It just popped into my mind that it would be a good name for a park.”

Dollywood was known as “the friendliest town in the Smokies.” It was built to honor two of the things Dolly holds near to her heart, family and The Great Smoky Mountains.