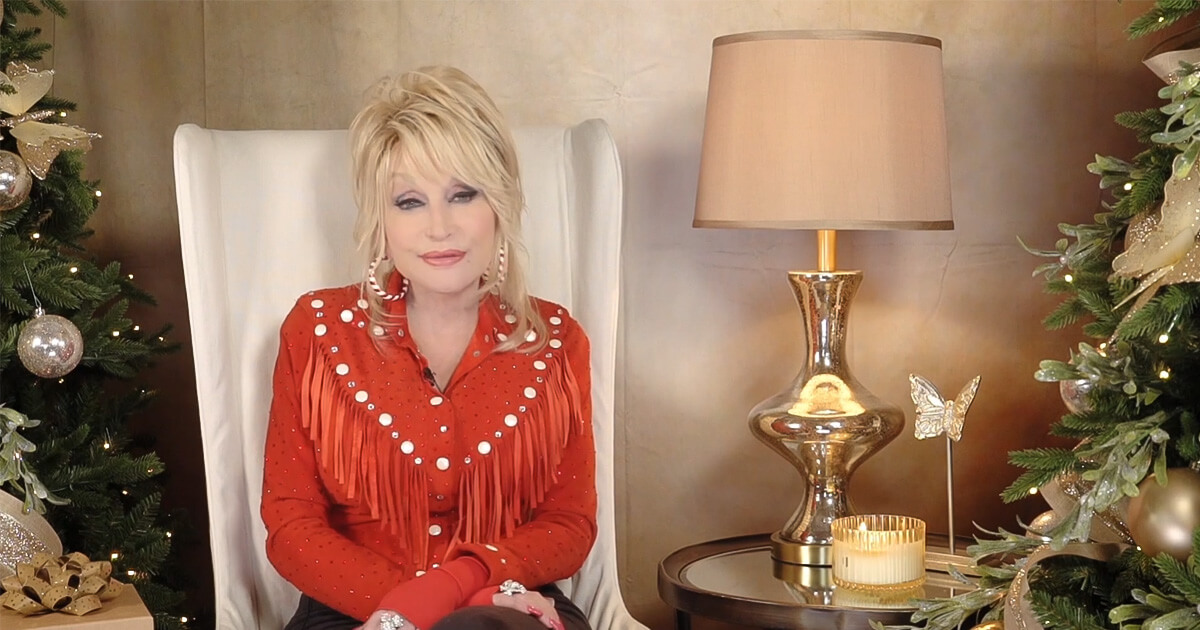 Dolly shares her special Christmas memories and talks about celebrating the season at her Smoky Mountain theme park.

She has a new holiday album, A Holly Dolly Christmas, she is starring in a new Netflix musical, Christmas on the Square and she just announced the premiere of a new documentary about her global book gifting organization called, The Library That Dolly Built. We know she is always working but even while managing all these facets of her life, Dolly took time to sit down and talk about a few of the things that matter most to her. Here Dolly shares a few of her most treasured Christmas memories from her childhood. She also explains why Christmas at Dollywood is so important to her and how she loves seeing families enjoying themselves at the park and making great memories.

Dolly recalls two of her most precious Christmas memories from her childhood in East Tennessee. In one, she talks about her brother Randy and why they consider him their “Christmas Baby.” Dolly explains how Randy is the inspiration behind, “You Are My Christmas,” a new song from her holiday album, A Holly Dolly Christmas. Dolly also retells the story about the family’s plan to buy her mother her first wedding band one year. Her father had devised a scheme to award a prize to the child who found the ring which he had hidden on Christmas Eve. One might imagine the chaos caused by the kids as they frantically search for the special gift for their mother. Dolly said,

“I swear that I found it. My brother Denver swears he found it. So we ’bout tore the house down, fighting, trying to get the ring.”

Dolly goes on and said,

“Truth be told, Daddy had got a big box of candy for the one that found the ring. But it was so big that we had to share it with everybody else so it really was a gift for all of us.”

In reflecting on the true meaning of the holiday season, Dolly says,

“Well Christmas, personally to me, means the birth of Jesus Christ. Who I’m so happy every year to say ‘Happy Birthday dear Jesus.'”

She also finds joy in celebrating Christmas with the same traditions that many of us hold dear.

Over the years, Dollywood has garnered a grand reputation as offering one of the biggest and brightest Christmas celebrations in the country. Dollywood’s Smoky Mountain Christmas boasts over 5 million glistening lights, award-winning shows, culinary delights and, for the first time ever this year, nightly fireworks. The park brings families together for a magical holiday celebration, year after year all to Dolly’s delight. She said,

“I love the fact that Dollywood is now known for a tradition…It’s just like a wonderland.”

Finally, Dolly shares her favorite thing about Dollywood’s Christmas season. You might be surprised by her answer. Watch the video clip below to learn what Dolly looks forward to every year.

Visit Dollywood this holiday season and celebrate with your family. Smoky Mountain Christmas runs through January 3, 2021.

Michael MartinHere’s Why Christmas At Dollywood Is So Special To Dolly11.24.2020