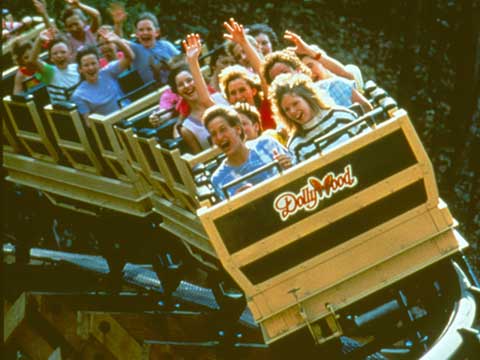 Dollywood’s fourth season was celebrated with the opening of the park’s first outdoor roller coaster, Thunder Express!  As Dolly released hundreds of lightning bolt balloons, she launched the first ride out of the station.

Situated into the mountainside of the park’s rugged terrain, Thunder Express at Dollywood was a mine themed roller coaster featuring two trains. Dolly said,

“My brothers and sisters and me came up with some pretty odd contraptions when we were little, but our imaginations had never conjured up anything quite like this.”

The Dollywood CompanyThunder Express at Dollywood05.01.1989