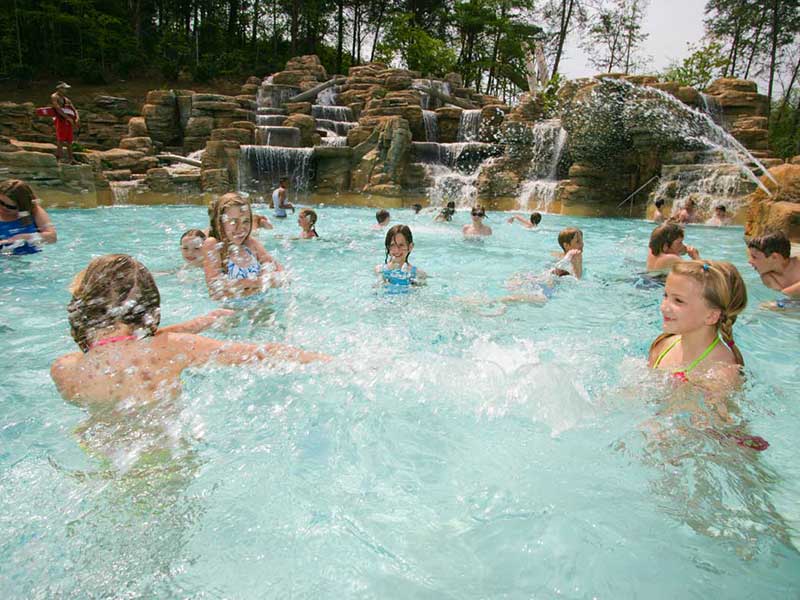 After providing families with more than a decade of Smoky Mountain water adventure, Dollywood’s Splash Country is diving into its 15th anniversary season.

The award-winning water adventure park now adds a new accolade to its list of achievements this year as Aquatics International named Dollywood’s Splash Country as its 2014 Best of Aquatics: Theming. This award is another of many, as the park has previously been recognized as America’s Must-See Water Park by the International Association of Amusement Parks & Attractions and one of America’s best water parks by The Travel Channel. Also famous for its record-breaking water slides and attractions, Dollywood’s Splash Country has grown over its 15-year residency in the foothills of the Smoky Mountains, to become the home of family favorites such as; Tennessee’s first and only water coaster, RiverRush, along with the state’s tallest twin speed slides, Fire Tower Falls. Dolly said,

“I can’t believe it’s been 15 years since we opened Dollywood’s Splash Country. So many of the attractions we’ve added through the years are imagined and built with me and my family’s Smoky Mountain childhood in mind; I’m so happy to have shared those same adventures with families.”