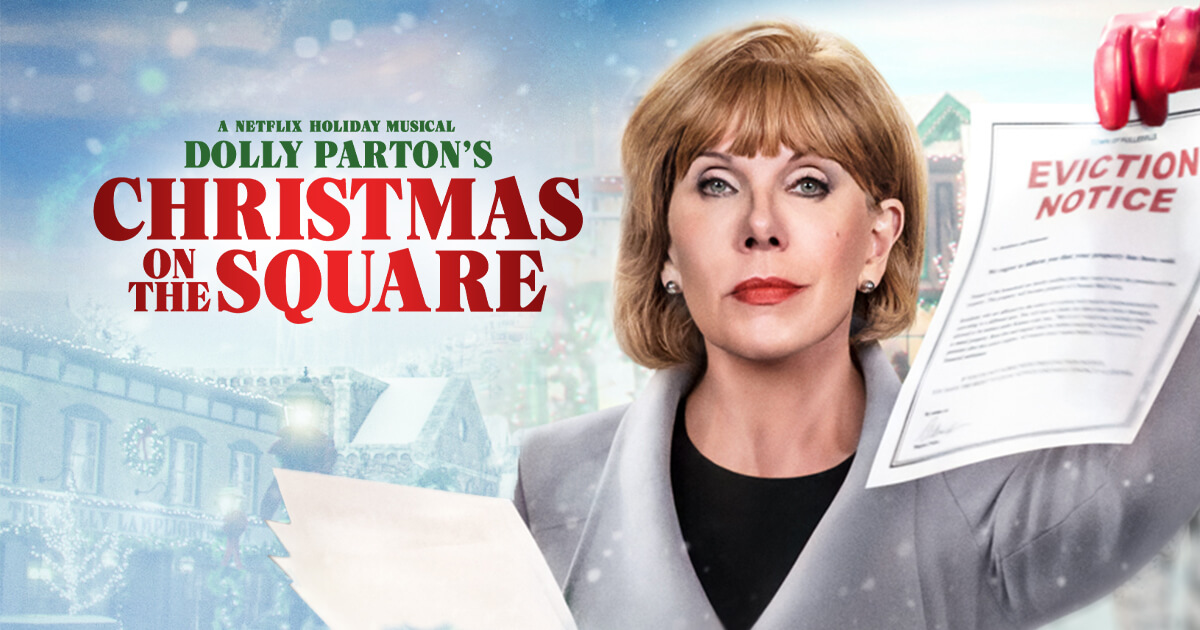 Tony and Emmy award-winning actress, singer and producer, Christine Baranski, has an incredibly busy work schedule, but she jumped at the chance to collaborate with Dolly Parton in her new Netflix Christmas special. Baranski
reveals,

“People asked me how I came to the project, and I said, ‘Two words—Dolly Parton.’ …I just thought I would so love to get to know Dolly Parton as a human being, as a woman.”

A veteran of both stage and screen, Baranski has played a wide array of characters throughout her career. She currently stars as Diane Lockhart in the hit television series The Good Fight. Notorious for being cast in Christmas movies as the not-so-nice modern-day Scrooge type, her part in Christmas on the Square is certainly reminiscent of those characters.

When asked about her lead role in the new Netflix special, she explains,

“It’s a little daunting that I had to play the role, because she is so darn mean. I seem to only play meanies in Christmas movies.”

Her character, Regina Fuller, is a cold-hearted, wealthy woman who returns to her hometown of Fullerville after her father passes away. She is on a mission to force all of her father’s tenants out of their homes, so she can close a real estate deal with a mall developer. Instead, she finds herself reconnecting with people from her past and having an unexpected encounter with an angel (played by none other than Dolly herself), giving her an opportunity to have a change of heart.

“She comes across mean, but she really just feels she’s doing the right thing,” Baranski shares. “It’s really a wonderful human journey, and I think we like seeing characters like that. We like seeing people who are redeemed in the end.”

The story of redemption in Christmas on the Square serves as a beautiful reminder that the most valuable gifts we can give are treasures that money cannot buy. It’s a message of hope that renews our faith in the human spirit and affirms the fact that change for the better always begins in the heart.

Christine Baranski has a great love of music. Among her favorites are baroque and classical, and she says there is nothing better than Motown!

Michael MartinChristine Baranski As Regina Fuller In “Dolly Parton’s Christmas On The Square”11.20.2020