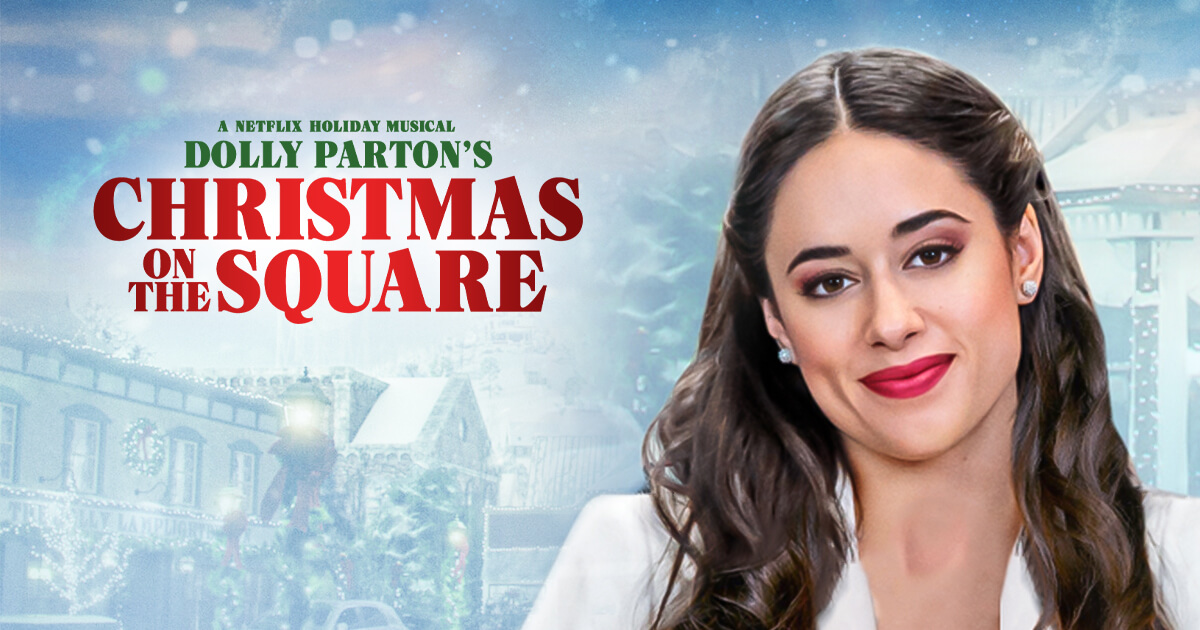 An award-winning dancer and hopeless romantic, Jeanine Mason brings grace and style to her character, Felicity Sorenson, in Dolly Parton’s Christmas On The Square

In 2019 on The IMDB Show Take 5, Jeanine said her dream role would allow her to show off her superb dancing skills. This comment should come as no surprise considering Jeanine was crowned the Season 5 winner of So You Think You Can Dance. Therefore, in her quest for her dream role, Jeanine would find herself cast as Felicity in Dolly Parton’s Christmas On The Square. The new holiday musical features 14 origional songs by Dolly Parton all brought to life under the expert direction and choreography of Debbie Allen. A combination that sealed the deal for Jeanine as her dream role unfolded with the added bonus of starring opposite Christine Baranski. In her exclusive Front Porch interview, Jeanine said,

“To be in a position where I was chasing Christine Baranski around and getting a talking to from Dolly Parton was just more than a girl could ever dream of.”

She’s been dancing since age three and has studied ballet, flamenco, jazz, acrobatics, hip-hop, modern and contemporary dance. As an actress, she has brought her style and sophistication to a host of roles including Dr. Sam Bello on Grey’s Anatomy and Liz Ortecho on Roswell, New Mexico. For the young actress, her Cuban roots run deep and she treasures her family. She shares a heartwarming story about one of her favorite holiday memories centered around her family’s tradition of racing to the tree on Christmas morning. Jeanine also has a very moving wish for Netflix viewers. She said,

Jeanine not only won Season 5 of FOX’s So You Think You Can Dance but she also earned the title of America’s Favorite Dancer. Be sure to look for her award-winning moves in Dolly Parton’s Christmas On The Square.

Michael MartinJeanine Mason as Felicity Sorenson in “Dolly Parton’s Christmas On The Square”11.20.2020