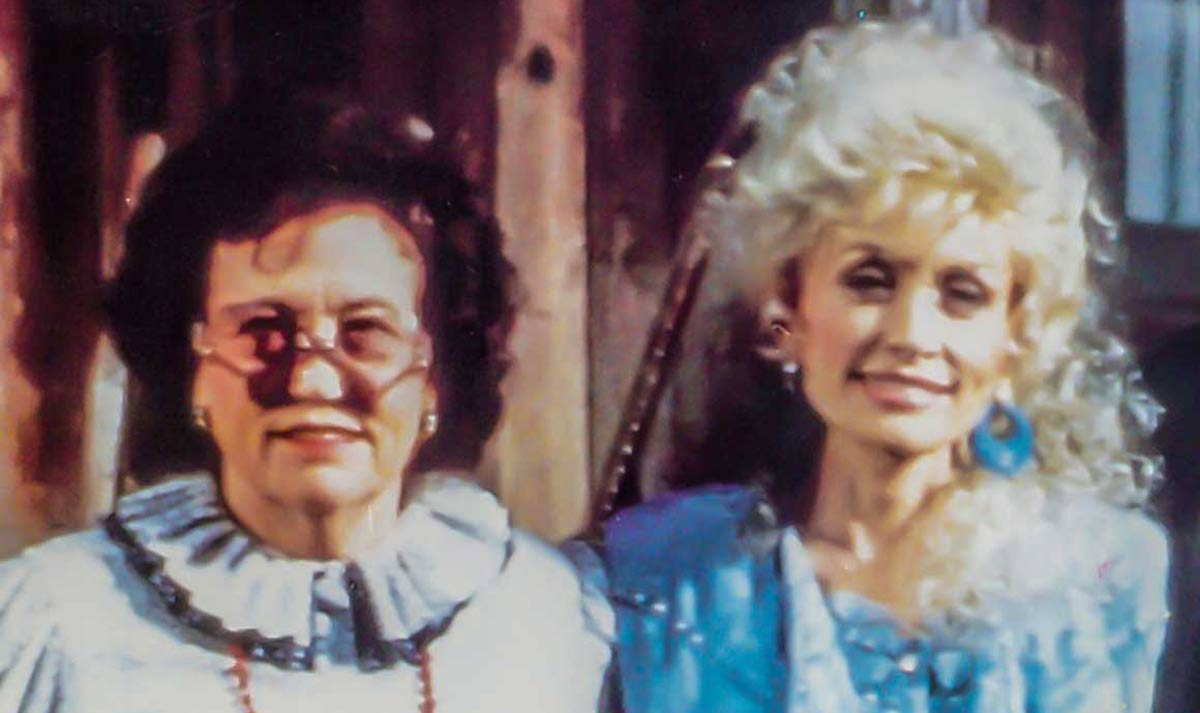 Avie Lee Parton writes to Dolly’s fans in 1975 about her daughter’s love of shoes and her generous spirit.

In 1975, Dolly released “The Bargain Store” which topped the U.S. Country Singles Charts becoming her fifth consecutive No. 1 single and the album became another Top 10 hit. In October, Dolly was named Female Vocalist of the Year at the CMA awards. The following month, she released her 16th solo album “Dolly: The Seeker / We Used To.” “The Seeker” climbed to the No. 2 spot on the U.S. Country Singles Charts and “We Used To” reached No. 9.

The same year, Dolly earned her 10th GRAMMY nomination for her live performance of “Jolene.” It was an incredible year of awards, nominations and chart-topping hits.

Quietly living behind the scenes, Dolly’s mama, Avie Lee Parton looked on with pride and admiration. It had been 11 years since her daughter moved to Nashville, TN to follow her Music City dreams. Avie Lee was beyond proud of her Smoky Mountain Songbird and not just for the fame and notoriety she had earned. She was proud her daughter was getting everything she had dreamed of while keeping herself grounded and focused.

In this letter to Dolly’s Fan Club, Avie Lee shares two stories. The first is a delightful tale about 1000 pairs of shoes and the second is about Dolly’s overwhelming generosity that surprised even Avie Lee.

As I watched the CMA awards Oct. 13 and saw Dolly win Female Vocalist of the Year, I said to myself, “I’ve seen another of Dolly’s dreams come true.”

Hi, I’m Dolly Parton’s mother and I want to tell her many fans how proud I am to be her mother and to share some memories with you for this holiday season.

One year for Christmas we bought all the children new shoes, and my sister bought Dolly a pair of black patent leather slippers with bows. Another aunt gave her a pair that were too small for her child, so Dolly had three pairs. I can still remember how proud she was to have that many shoes at one time, and she said in her child-like voice, “When I grow up I’ll have a thousand pairs of shoes.”

Two years ago when I was helping Dolly move into her new home, I decided I would count her shoes just for fun, remembering what she had said as a child. I counted over a thousand pairs of shoes. She still loves pretty shoes and jewelry, and I remember how she would make rings and bracelets from any pretty thing she could find. I really enjoy seeing Dolly in all her pretty clothes and jewelry.

Dolly has always been sincere in that when she tells someone she is going to do something she does it. When Dolly was fifteen years old we bought a farm. We sold the house we had built because we didn’t need two houses, but I cried anyway because I felt close to the home Lee and I had built with our own hands. I remember Dolly saying, “Don’t cry Mama. I’ll buy it back for you when I get rich.” Well, I felt ashamed for crying and didn’t let anyone know how foolish I had been. Five years later I had forgotten the promise Dolly had made. She came home for a visit, but it was more than a visit. She came in and said, “Mama, I’ve bought back your house for you. I told you I would and I have.” Lee and I tried to tell her we didn’t need it with the house on the farm, too, but she said, “I wouldn’t be happy or satisfied to buy a home for myself until you had yours back,” so that’s where we live today.

Now that the children are all grown up and gone away from home, I have time to look back and think about things. I remember that Dolly made up songs before she could write them down. Her music has always been a sacred thing to her. When other children were going to ball games or out on dates, she would rather be somewhere singing. She would stay up all night writing songs and come downstairs to breakfast singing and laughing and tell her Daddy a joke before he left for work. She would say after he left, “I feel better if Daddy laughs before he leaves for work.”

Dolly is a very sensitive person and she can’t stand to see anyone sad or hurt. I believe that is why she has such a great talent to write. She can see sorrow and heartache in other people’s lives and it hurts her very much.

Lee and I would like to take this opportunity to thank all of you for helping Dolly see another dream come true.