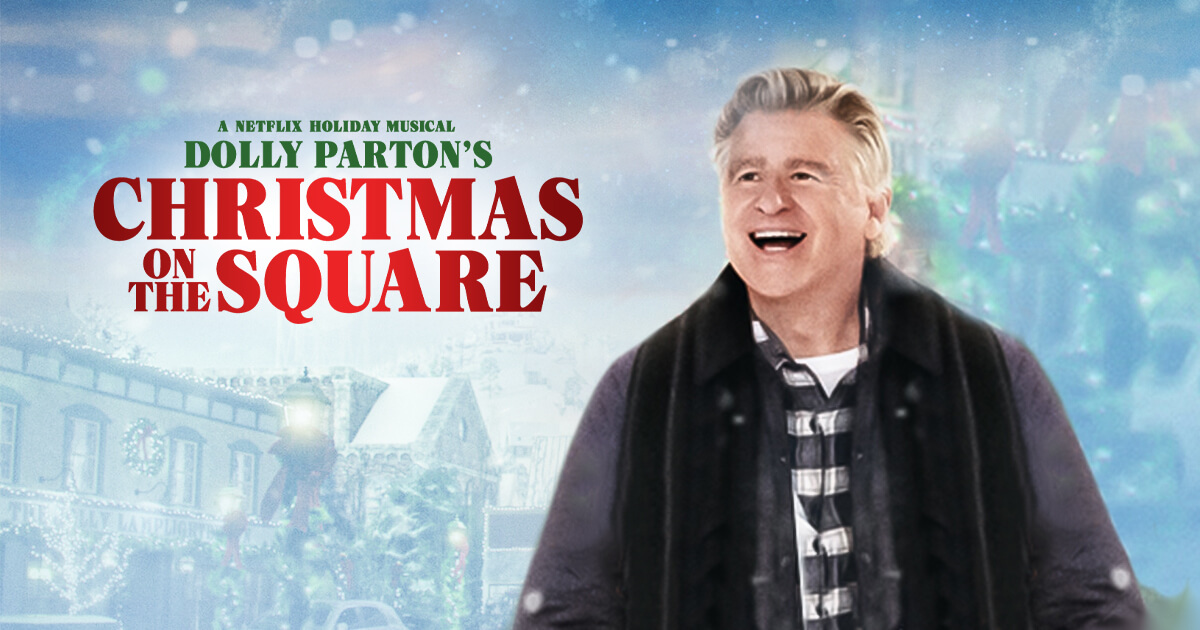 Excitement fills the air as Dolly Parton releases a brand new Christmas special on Netflix. Complete with 14 original songs composed by Dolly and a cast lineup of stellar actors, Christmas on the Square is sure to become a perennial holiday favorite.

The enormously talented actor, Treat Williams, has a rich and diverse resume. Having over 120 credits in film, stage and television, Williams was the perfect fit for the role of Carl Pellam. Williams shares,

“He loves his town…he’s the caretake of the town’s history, and it’s embodied in all the mementos and things he has in his antique store.”

Williams was a natural for this part, especially considering the fact that his mother owned and operated an antique store for many years. He understands on a deep level the connection between an object and someone you dearly love.

“I have my dad’s lighter from when he was an airborne in the army during the war. I have my uncle’s flight suit. He died at 19 in the war, Treat Andrew. And so I have mementos of my family all over the house; memories that keep them alive in my heart. I think that’s a big part of humanity is to try and have something you can touch, something you can be reminded of…the love you had for someone.”

For Williams, another highlight of the film is that it conveys a love of all people. He explains,

“This is an inclusive Christmas. I think in Dolly’s heart and in her mind and in her faith, she believes this is what it should be, so—I’m proud.”

Dolly’s heart for others is a beacon of hope in the message of Christmas on the Square. It’s a movie wrapped in holiday joy with a timely reminder that forgiveness and change are possible. No matter who we are or where we’re from, it’s our love, the gift we hold in our hearts, that lasts forever.

Treat Williams became a private pilot at the age of 21. He is also a certified flight instructor and owns a variety of Piper airplanes.

Michael MartinTreat Williams As Carl Pellam In “Dolly Parton’s Christmas On The Square”11.20.2020